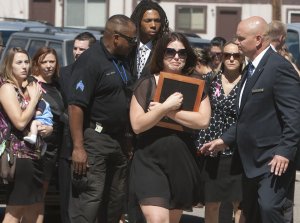 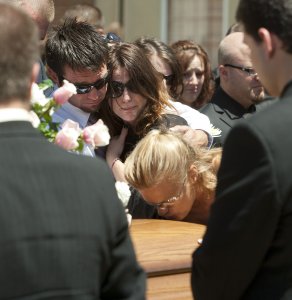 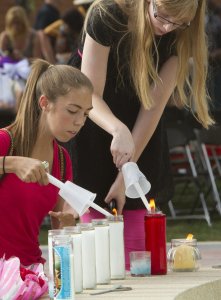 U.S. News // 4 months ago
Police ID suspect, victims in Colorado attack; Biden calls on Congress to act
Colorado authorities on Tuesday identified the accused gunman in the Boulder supermarket shooting spree as a 21-year-old man whose premeditated attack killed 10 people, including the first police officer on the scene. 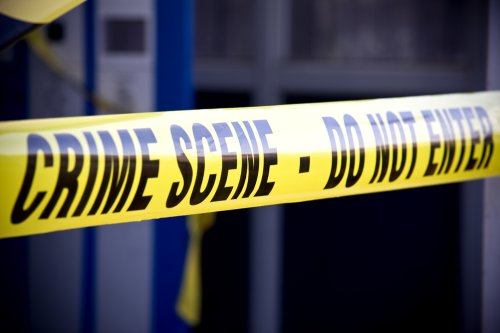 U.S. News // 1 year ago
Suspect sought after five people shot at party in Colorado
Police are seeking a suspect in a shooting at an apartment that injured five people, including two teenage girls and one boy teen, in suburban Denver early Sunday.

U.S. News // 3 years ago
13 deadliest shootings in modern U.S. history
With at least 50 dead, the shooting at a Las Vegas concert on Sunday qualifies as the worst mass shooting in U.S. history.

U.S. News // 5 years ago
Mother of Colorado theater shooter breaks silence: 'I can't erase the day. But, I wish I could'
The mother of Aurora, Colo., theater shooter James Holmes has broken her silence regarding the 2012 incident that left 12 people dead.

U.S. News // 5 years ago
Stolen fireworks recovered in Detroit
Several cases of commercial-grade fireworks stolen from a train traveling to Chicago were recovered in a vacant Detroit field.

U.S. News // 5 years ago
Aurora shooter James Holmes transferred out of Colorado prison
James Holmes, convicted of killing 24 people in an Aurora, Colo., movie theater, has been transferred to another prison after he was assaulted.

U.S. News // 5 years ago
Accused gunman in Planned Parenthood attack declares guilt, says he's 'warrior for the babies'
The man accused of killing three people at a Colorado Planned Parenthood last month said Wednesday that there is no need for a trial because he is guilty.

James Eagan Holmes (born December 13, 1987) is the suspected perpetrator of a mass shooting at a cinema that occurred on July 20, 2012, in Aurora, Colorado. He has no known prior criminal record. Holmes was born on December 13, 1987, the son of a registered nurse and a mathematician working as a senior scientist.[4][5][6] His father has degrees from Stanford, UCLA and Berkeley.[1] James Holmes was raised in San Diego, California.[5][7][8] He graduated from Westview High School in the Torrey Highlands community of San Diego in 2006.[6][9][10] Holmes played soccer and ran cross-country at Westview High.[1] In the summer of 2006 he got an internship at the Salk Institute for Biological Studies where he was assigned to write computer code for an experiment. Holmes, who was described by his supervisor as stubborn, uncommunicative and socially inept, presented his project to the other interns at the end of the internship, but never actually completed it.[11][12] In the summer of 2008 Holmes worked as a counselor for underprivileged children at Camp Max Straus in Glendale, California.[13] He obtained an undergraduate degree with the highest honors[14][15] in neuroscience from the University of California, Riverside (UCR), which he attended since 2006, in 2010.[16] He was a member of several honor societies, including Phi Beta Kappa and Golden Key.[17] The UCR chancellor stated that, having received the highest honors, Holmes was at the "top of the top".[18] He enrolled as a Ph.D. student in neuroscience at the University of Colorado Anschutz Medical Campus in Aurora. He received a federal grant from the National Institutes of Health to work on his Ph.D. there.[19] In 2012, his academic performance declined,[20] and he scored poorly on the comprehensive exam in the spring. The university was not planning to expel him. However, Holmes was in the process of withdrawing from the university.[21] Holmes and his family were regular attendees of their local Presbyterian church.[22] In the summer of 2008, Holmes worked as a counselor at a residential summer camp in Glendale, California, that catered to needy children aged 7–14. There he was responsible for 10 children and had no disciplinary problems.[23] In Aurora, he lived on Paris Street in a one-bedroom apartment, in a building with other students involved in health studies.[24] In his rental application, he described himself as "quiet and easygoing".[25] He left few digital footprints, other than a university email address, an old Myspace photo[26], a dating profile on Match.com,[27] and a profile on Adult FriendFinder, as well as a resume at the employment website Monster.com.[28][29] Holmes is suspected of having killed 12 and wounded 58 in the 2012 Aurora, Colorado, USA cinema shooting, on July 20, 2012, with multiple guns after setting off several gas or smoke canisters. The police arrested an unresisting Holmes behind the Century 16 cinema, next to his car.

FULL ARTICLE AT WIKIPEDIA.ORG
This article is licensed under the GNU Free Documentation License.
It uses material from the Wikipedia article "James Eagan Holmes."
Back to Article
/