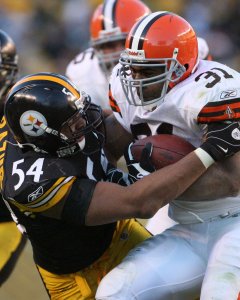 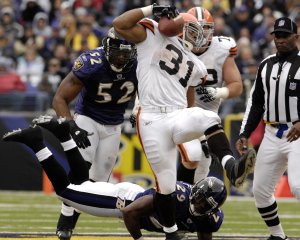 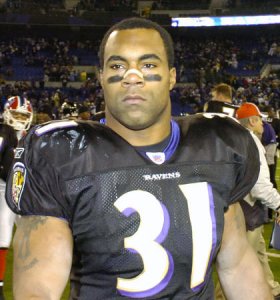 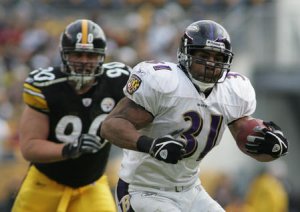 I made a mistake four years ago when I was 20 years old, which I'm paying heavily for, which I had to suffer the consequences, which I'm willing to do

Jamal Lafitte Lewis (born August 26, 1979 in Atlanta, Georgia) is a former American football running back in the National Football League. He was drafted by the Baltimore Ravens fifth overall in the 2000 NFL Draft. He played college football at Tennessee.

After spending his first seven seasons with the Ravens, Lewis signed a free agent contract with the Cleveland Browns prior to the 2007 season.

Lewis attended Douglass High School in Atlanta, Georgia. Lewis was rated the top RB prospect in the nation by Super Prep. Prep Star rated him as the No. 2 southern RB. Lewis rushed for 1,716 yards and 25 TD as a senior and earned AAAA All-State and All-City honors. He was named MVP of the Georgia-Florida All-Star Game with 137 yards on 11 carries (12.4 avg.) and 2 TDs. Jamal gained 1,923 yards and scored 28 TDs as a junior and 1,240 yards and 15 TDs as a sophomore. In his 3 years as a starter, he rushed for a school-record 4,879 yards and 68 TDs, plus had a 9.7-yard average per carry.While at Douglass, Lewis went from a fullback to starting at running back, and also participated in track and field.

FULL ARTICLE AT WIKIPEDIA.ORG
This article is licensed under the GNU Free Documentation License.
It uses material from the Wikipedia article "Jamal Lewis."
Back to Article
/