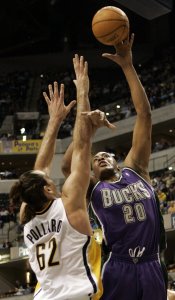 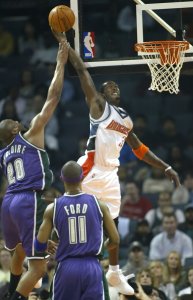 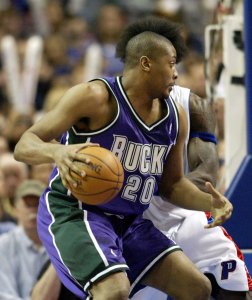 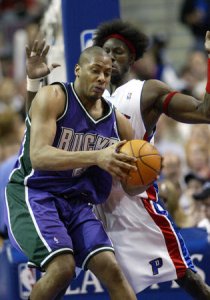 Jamaal Dane Magloire (born May 21, 1978) is a Canadian professional basketball player who plays for the Miami Heat of the National Basketball Association (NBA). The 6 ft 11 in (2.11 m), 265 lb (120 kg; 18.9 st) center was selected out of the University of Kentucky by the Charlotte Hornets with the 19th overall pick in the 2000 NBA Draft, after withdrawing his name from the previous draft. He was voted into the NBA All-Star Game once. He attended high school at Eastern Commerce Collegiate Institute in Toronto, Ontario, and has previously played for the Charlotte/New Orleans Hornets, Milwaukee Bucks, Portland Trail Blazers, New Jersey Nets, and Dallas Mavericks. He was born in Toronto, and is of Trinidadian descent.

Magloire started 12 games as a sophomore for the Kentucky Wildcats team that won the national championship in 1998. He finished his college career as Kentucky's all-time leader in blocked shots, with 268. Magloire's tenure with the Wildcats earned him the nickname "Big Cat".

He was drafted by the Charlotte Hornets with the 19th pick of the 2000 NBA Draft, and filled a reserve role for his first two seasons in which he averaged 6.5 points in 16.8 minutes per game. In 2002–03, the Hornets' first year in New Orleans, he started all 82 games, averaging 10.3 points and 8.8 rebounds per game.

FULL ARTICLE AT WIKIPEDIA.ORG
This article is licensed under the GNU Free Documentation License.
It uses material from the Wikipedia article "Jamaal Magloire."
Back to Article
/