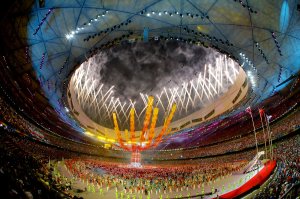 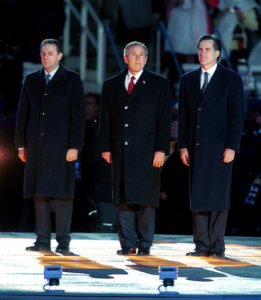 We are fully aware that this is a very short period but we are extremely confident that Innsbruck can match the expectations of both the IOC and the athletes, including an attractive Culture and Education Program, which is an integral part of the Youth Olympic Games experienc

You were true role models. You have shown us the unifying power of sport. The Olympic spirit lives in the warm embrace of competitive rivals from nations in conflict. Keep that spirit alive when you return home

It is clear that China has put the bar very high

Censorship is anathema to the very spirit of the Olympic Games, which celebrates diversity, emphasizes mutual respect and demands dispassionate, unadulterated representation of each competition

Jacques Rogge, Count Rogge (Dutch pronunciation:  ( listen); born 2 May 1942), is a Belgian sports bureaucrat. He is the eighth and current President of the International Olympic Committee (IOC).

Born in Ghent, Rogge is by profession an orthopaedic surgeon and was educated at the University of Ghent. Rogge competed in yachting in the 1968, 1972 and 1976 Summer Olympics, and played on the Belgian national rugby union team. Rogge served as President of the Belgian Olympic Committee from 1989 to 1992, and as President of the European Olympic Committees from 1989 to 2001. He became a member of the IOC in 1991 and joined its Executive Board in 1998. He was knighted in 1992, and in 2002 elevated to the noble rank of Count by King Albert II of the Belgians. In his free time, Count Rogge is known to admire modern art and is an avid reader of historical and scientific literature.

Count Rogge was elected as President of the IOC on 16 July 2001 at the 112th IOC Session in Moscow as the successor to the Marqués de Samaranch, who had previously led the IOC since 1980.

FULL ARTICLE AT WIKIPEDIA.ORG
This article is licensed under the GNU Free Documentation License.
It uses material from the Wikipedia article "Jacques Rogge."