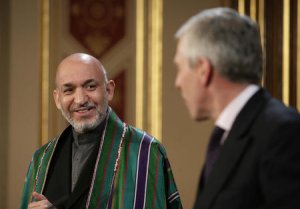 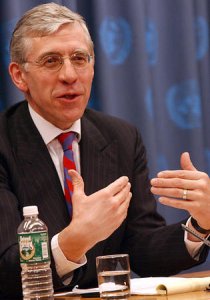 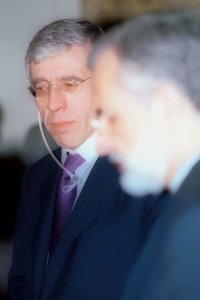 World News // 4 years ago
Britain's Tony Blair says he'd rebut Iraq War report if he's found to be in the wrong
Tony Blair has implied he will rebut the Chilcot inquiry if he's accused of committing Britain to the invasion of Iraq before he told Parliament or the public.

World News // 5 years ago
Two British political leaders deny graft accusations
Two former British Foreign Secretaries denied committing crimes Monday after they allegedly offered to use their influence in exchange for cash.
World News // 6 years ago
Boy admits raping sister, 8, after watching porn on Xbox
A boy, 13, raped his sister, 8, after watching pornography on an Xbox game console, he admitted Wednesday in a Blackburn, England, court.
Outside View // 6 years ago
Outside View: Financing death: Iran's 'War on Drugs'
Last year I wrote an op-ed on Iran's bloody "war on drugs," which has led to hundreds of executions and sent thousands to death row.
World News // 7 years ago
Former Foreign Secretary Jack Straw leaving Parliament
Jack Straw, who served as British foreign secretary during the invasion of Iraq, said Friday he is leaving Parliament after the next election.
Special Reports // 7 years ago
Iran's nuclear program talks handicapped by lack of trust
Western leaders have reason to be optimistic over Iran but there may be a trust deficit on both sides, a former British foreign secretary said.
Outside View // 8 years ago
Outside View: We should not send mixed messages to Iran
EU Member of Parliament Ryszard Czarnecki says this the worst time for the European Union to send a delegation to Iran.
Special Reports // 8 years ago
Gadhafi's enemies tortured, HRW says
Testimony from former detainees, along with British and U.S. records, show the U.S. government tortured foes of Moammar Gadhafi, Human Rights Watch said.
Special Reports // 8 years ago
London's Straw tied to Libyan rendition
Former British Foreign Secretary Jack Straw may have to defend himself in court against claims he was involved in the torture of a Libyan, a law firm said.
World News // 8 years ago
British ex-official faces legal action over rendition
A Libyan dissident has begun legal proceedings against former British Foreign Secretary Jack Straw, his lawyers said Wednesday.

Everybody who has been made aware of these unfolding events, of course, is surprised by the nature of the raid, and I certainly understand the concern of my parliamentary colleagues

As soon as I heard about the course at HMP Whitemoor, I instructed that it must be immediately canceled

They see these young women, white girls who are vulnerable, some of them in (social) care ... who they think are easy meat

John Whitaker Straw (born 3 August 1946) is a British Labour Party politician who has been the Member of Parliament (MP) for Blackburn since 1979. He served as Home Secretary from 1997 to 2001, Foreign Secretary from 2001 to 2006 and Lord Privy Seal and Leader of the House of Commons from 2006 to 2007 under Tony Blair. From 2007-2010 he was the Lord High Chancellor of Great Britain and the Secretary of State for Justice, appointed as part of Prime Minister Gordon Brown's first Cabinet. Straw is one of only three people to have served in Cabinet continuously from 1997 to 2010 (the others being Gordon Brown and Alistair Darling).

When the Labour Party lost power in May 2010, he briefly became the Shadow Lord High Chancellor of Great Britain, Shadow Secretary of State for Justice and the Shadow Deputy Prime Minister, but stood down from the frontbench after the Labour Party elected a new Shadow Cabinet.

Straw was born in Buckhurst Hill, Essex, England; one of his great-grandfathers was a German Jewish immigrant. Straw was brought up at Loughton, Essex by his mother, Joan Sylvia Gilbey on a council estate after his father Walter Arthur Whitaker Straw, an insurance salesman and the son of Arthur Whitaker Straw, left the family and condemned them to poverty. He was educated at Staples Road School, Loughton, and then boarded at Brentwood School, at that time a direct grant grammar school with largely LEA supported pupils, (where he was already expressing political ambitions and took the name "Jack", allegedly after the 14th century peasant leader Jack Straw—although "Jack" is a common diminutive of "John") and read law at the University of Leeds. While he was at Brentwood he opted out of the compulsory CCF (combined cadet force) on conscientious grounds.

FULL ARTICLE AT WIKIPEDIA.ORG
This article is licensed under the GNU Free Documentation License.
It uses material from the Wikipedia article "Jack Straw."
Back to Article
/