TV // 1 year ago
Jack Osbourne: 'Portals' is 'an evolution of my dad's history'
Jack Osbourne and Katrina Weidman discuss the sites they visit in the second season of their Travel Channel paranormal investigation show "Portals to Hell."

Entertainment News // 2 years ago
Sharon Osbourne recalls headbutting promoter over money
Sharon Osbourne shared a story on "The Late Late Show with James Corden" while discussing her role as manager to Ozzy Osbourne.

Entertainment News // 2 years ago
Kelly Osbourne celebrates one year of sobriety after 'dark' relapse
Kelly Osbourne said she's sober and "finally at peace" with herself after spending the past year working on her recovery. 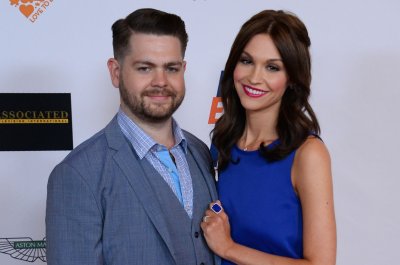 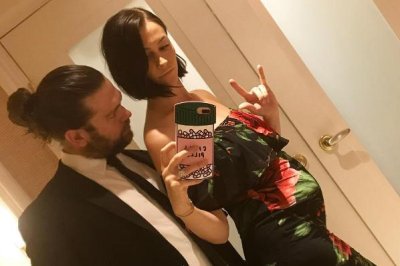 I could see the girl was in trouble; it just felt like the natural thing to do. I'm glad it turned out OK

I don't know if I really want to do it

He is not physically able to come off the ventilator yet. While he has got a tube in his throat he can't talk but, while awake, he has been making progress with people. His progress will be slow

He's on a lot of morphine, so I think he's kind of happy

Jack Joseph Osbourne (born 8 November 1985) is an English television personality, known as the son of musician Ozzy Osbourne and music manager Sharon Osbourne, and brother of Aimee and Kelly Osbourne.

Osbourne was born in City of Westminster, London. He has two older sisters, Aimee Osbourne and Kelly Osbourne, and also two elder half-siblings; Jessica Hobbs and Louis John Osbourne, both of whom are from Ozzy's previous marriage to Thelma Riley. The Osbournes have many pets, and Jack owns a female bulldog named Lola. Jack says that his childhood years were "perfectly happy and contented". For the first six years of his life he lived in the Chiltern Hills in Buckinghamshire. When he was six, Sharon and Ozzy decided to move the family to L.A., but a year later the family moved back to Buckinghamshire. When Jack was eleven, the family moved back to Southern California but this time to Beverly Hills. In spite of moving so many times at a young age, Jack claims "he didn't find it too disruptive".

The only aspect of his life that constant moving did affect was his school life, and Jack soon despised going to school, which was not helped by the fact that when he was eight he was diagnosed with a form of dyslexia, and when he was ten he was diagnosed with ADHD. At the time, Jack was studying at a Christian school in L.A., but their attitude was "pray hard and you'll get better" and Jack returned to England again for a year, before returning to L.A. This time Jack did not return to the Christian school, but was enrolled into a special needs school (Park Century School), and was prescribed Ritalin to combat his ADHD. Jack had been on the road with Ozzy throughout much of his childhood, and when he was fourteen he was offered an internship at Virgin Records while Sharon was managing The Smashing Pumpkins on this label.

FULL ARTICLE AT WIKIPEDIA.ORG
This article is licensed under the GNU Free Documentation License.
It uses material from the Wikipedia article "Jack Osbourne."
Back to Article
/