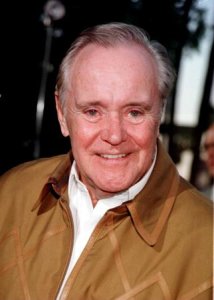 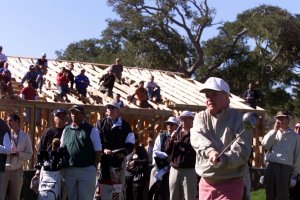 Movies // 10 months ago
What to binge: Comedy classics streaming in April
For anyone who needs a good laugh while confined to self-isolation, many of the greatest comedy movies of all time are streaming or available to rent or buy.

John Uhler "Jack" Lemmon III (February 8, 1925 – June 27, 2001) was an American actor and musician. He starred in more than 60 films including Some Like It Hot, The Apartment, Mister Roberts (for which he won the 1955 Best Supporting Actor Academy Award), Days of Wine and Roses, The Great Race, Irma la Douce, The Odd Couple, Save the Tiger (for which he won the 1973 Best Actor Academy Award), The Out-of-Towners, The China Syndrome, Missing (for which he won 'Best Actor' at the 1982 Cannes Film Festival), Glengarry Glen Ross, Grumpy Old Men and Grumpier Old Men.

Lemmon was born in an elevator at Newton-Wellesley Hospital in Newton, Massachusetts, a suburb of Boston. He was the only child of Mildred Burgess LaRue (née Noel) and John Uhler Lemmon, Jr., who was the president of a doughnut company. Lemmon attended John Ward Elementary School in Newton and The Rivers School in Weston, Massachusetts. He later revealed that he knew he wanted to be an actor from the age of eight. Lemmon attended Phillips Academy (Class of 1943) and Harvard University (Class of 1947) where he lived in Adams House and was an active member of several Drama Clubs - becoming president of the Hasty Pudding Club - as well as a member of the Delphic Club for Gentleman, a final club at Harvard. After Harvard, Lemmon joined the Navy, receiving V-12 training and serving as an ensign. On being discharged, he took up acting professionally, working on radio, television and Broadway. He studied acting under Uta Hagen. He also became enamored of the piano and learned to play it on his own. He could also play the harmonica, organ, and the double bass.

Lemmon's film debut was a bit part as a plasterer/painter in the 1949 film The Lady Takes a Sailor but he was not noticed until his official debut opposite Judy Holliday in the 1954 comedy It Should Happen to You. Lemmon worked with many legendary leading ladies, among them Marilyn Monroe, Natalie Wood, Betty Grable, Janet Leigh, Shirley MacLaine, Romy Schneider, Doris Day, Kim Novak, Judy Holliday, Rita Hayworth, June Allyson, Virna Lisi, Ann Margret, Sophia Loren and many more. He was also close friends with Tony Curtis, Ernie Kovacs, Walter Matthau and Kevin Spacey. He made two films with Curtis, three films with Kovacs (Operation Mad Ball, Bell, Book, and Candle, and It Happened to Jane), and eleven with Matthau.

FULL ARTICLE AT WIKIPEDIA.ORG
This article is licensed under the GNU Free Documentation License.
It uses material from the Wikipedia article "Jack Lemmon."
Back to Article
/