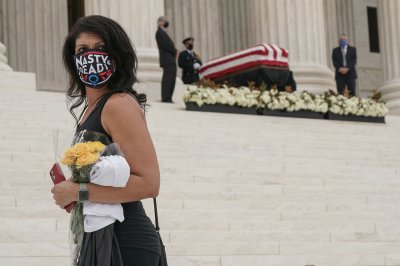 U.S. News // 8 months ago
'Nasty woman': A look at memorable presidential debate moments
President Donald Trump and Democratic presidential nominee Joe Biden are set to meet for their first debate Tuesday, picking up a tradition that has produced a number of memorable moments over the last 60 years. 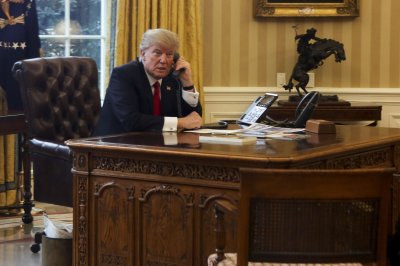 Voices // 4 years ago
Trump's first week brings bizarre campaign to Oval Office
What a week. President Donald J. Trump has transferred the unconventional and often bizarre aspects of his campaign into how he intends to govern the nation.

Opinion // 4 years ago
Russian meddling: Why are we shocked?
Generations of Americans -- Republicans and Democrats alike -- have failed to understand the thinking in Moscow.

Opinion // 4 years ago
New president faces too many icebergs, too many Titanics
When viewing world events today, catastrophe and crisis are seemingly everywhere. 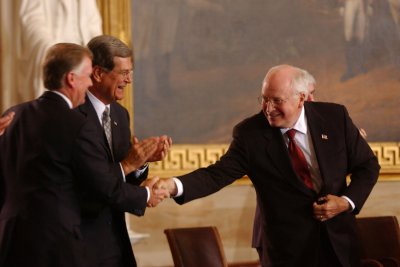 Commentary: Arnaud de Borchgrave // 5 years ago
Running mates: Bush 41 and 43's biggest mistakes?
Speculation over the consequences of a Powell vice presidency under either Bush 41 or 43 is intriguing. Would the disasters following September 11th been averted or minimized? The latest book by 43 suggests the answer would have been yes.
Emerging Threats // 7 years ago
Democracy ain't always a good export
Exporting democracy as America has tried through colossally failed military interventions into regions and cultures that reject such efforts will not work.
U.S. News // 8 years ago
Debate influence may be overrated
U.S. history and research suggest presidential debates don't influence voters unless one candidate clearly outperforms the other, a debate expert says.
Top News // 1 decade ago
Birch Bayh campaigns for Obama
Former U.S. Sen. Birch Bayh, D-Ind., says he's campaigning vigorously for Democratic presidential nominee Barack Obama, despite being 80 years old.
Walker's World // 1 decade ago
Walker's World: The world's election
More than any previous American election, this year's extraordinary presidential contest has caught the world's imagination.
Top News // 1 decade ago
Ex-U.S. Sen. Lloyd Bentsen dead at 85
Former U.S. Senator and Democratic vice presidential nominee Lloyd M. Bentsen Jr., died at his Houston home Tuesday at the age of 85.

America will act against ... emerging threats before they are fully formed

After Kennedy's military service as commander of the Motor Torpedo Boat PT-109 during World War II in the South Pacific, his aspirations turned political. With the encouragement and grooming of his father, Joseph P. Kennedy, Sr., Kennedy represented Massachusetts's 11th congressional district in the U.S. House of Representatives from 1947 to 1953 as a Democrat, and in the U.S. Senate from 1953 until 1960. Kennedy defeated then Vice President and Republican candidate Richard Nixon in the 1960 U.S. presidential election, one of the closest in American history. To date, he is the only Catholic president. He was the second-youngest President (after Theodore Roosevelt), and the youngest elected to the office, at the age of 43. Kennedy is also the only president to have won a Pulitzer Prize. Events during his administration include the Bay of Pigs Invasion, the Cuban Missile Crisis, the building of the Berlin Wall, the Space Race, the African American Civil Rights Movement and early events of the Vietnam War.

Kennedy was assassinated on November 22, 1963, in Dallas, Texas. Lee Harvey Oswald was charged with the crime but was murdered two days later by Jack Ruby before he could be put on trial. The Warren Commission and the 1979 House Select Committee on Assassinations concluded that Oswald was the assassin, with the HSCA allowing for the probability of conspiracy. The event proved to be an important moment in U.S. history because of its impact on the nation and the ensuing political repercussions. Today, Kennedy continues to rank highly in public opinion ratings of former U.S. presidents.

FULL ARTICLE AT WIKIPEDIA.ORG
This article is licensed under the GNU Free Documentation License.
It uses material from the Wikipedia article "Jack Kennedy."
Back to Article
/