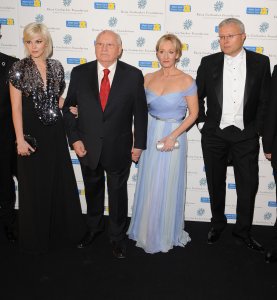 Entertainment News // 1 month ago
Tom Hanks says Rita Wilson had a 'tougher time' with COVID-19
Tom Hanks told The National Defense Radio that his wife Rita Wilson experienced more severe symptoms than he did while the couple had COVID-19. 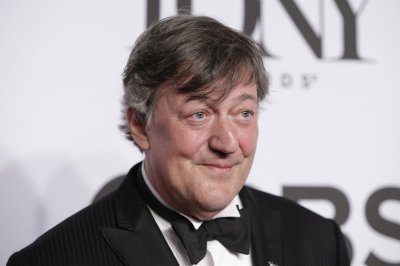 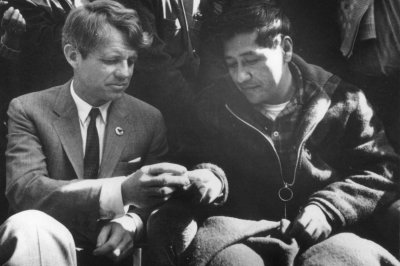 All royalties will be going to help children without families, many of them with disabilities, whose voices have been unheard for many years

There was understandable disappointment among Harry Potter fans when only one copy... was offered to the public last December

I had great fun writing the card and I'm absolutely delighted that it has raised $50,000 for two such worthy causes

Joanne "Jo" Rowling, OBE (born 31 July 1965), better known as J. K. Rowling ( /ˈroʊlɪŋ/ roh-ling), is a British author best known as the creator of the Harry Potter fantasy series, the idea for which was conceived on a train trip from Manchester to London in 1990. The Potter books have gained worldwide attention, won multiple awards, sold more than 400 million copies and been the basis for a popular series of films, in which Rowling had overall approval on the scripts as well as maintaining creative control by serving as a producer on the final instalment.

Rowling is perhaps equally famous for her "rags to riches" life story, in which she progressed from living on benefits to multi-millionaire status within five years. As of March 2011, when its latest world billionaires list was published, Forbes estimated Rowling's net worth to be US$1 billion. The 2008 Sunday Times Rich List estimated Rowling's fortune at £560 million ($798 million), ranking her as the twelfth richest woman in the United Kingdom. Forbes ranked Rowling as the forty-eighth most powerful celebrity of 2007, and Time magazine named her as a runner-up for its 2007 Person of the Year, noting the social, moral, and political inspiration she has given her fans. In October 2010, J. K. Rowling was named 'Most Influential Woman in Britain' by leading magazine editors. She has become a notable philanthropist, supporting such charities as Comic Relief, One Parent Families, Multiple Sclerosis Society of Great Britain, and Lumos (formerly the Children's High Level Group).

Although she writes under the pen name "J. K. Rowling", pronounced like rolling (/ˈroʊlɪŋ/), her name when her first Harry Potter book was published was simply "Joanne Rowling". Fearing that the target audience of young boys might not want to read a book written by a woman, her publishers demanded that she use two initials, rather than her full name. As she had no middle name, she chose K as the second initial of her pen name, from her paternal grandmother Kathleen Ada Bulgen Rowling. She calls herself "Jo" and has said, "No one ever called me 'Joanne' when I was young, unless they were angry." Following her marriage, she has sometimes used the name Joanne Murray when conducting personal business.

FULL ARTICLE AT WIKIPEDIA.ORG
This article is licensed under the GNU Free Documentation License.
It uses material from the Wikipedia article "J.K. Rowling."
Back to Article
/