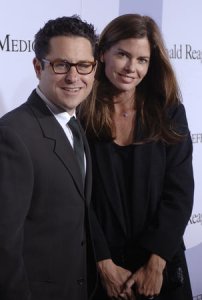 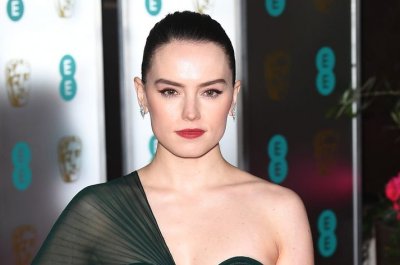 Entertainment News // 3 months ago
What to stream this weekend: 'The Old Guard,' 'Greyhound'
New films starring Charlize Theron, Tom Hanks and Andy Samberg are just some of the entertainment options available this weekend as viewers say home during the COVID-19 pandemic.

Movies // 3 months ago
Julianne Moore to star in 'Sharper' for Apple, A24
Julianne Moore will play a con artist in "Sharper," a new film being developed by Apple and A24. 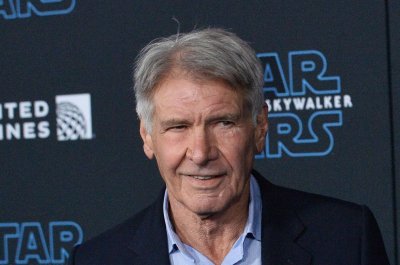 TV // 8 months ago
Harrison Ford says Han Solo's utility had been exhausted
Harrison Ford discussed on "Jimmy Kimmel Live" why he wanted Han Solo to die in "Star Wars" and what led to his brief return.

I'm thrilled that audiences will be able to experience this new, epic world of 'Star Trek' -- with an incredible cast and mind-blowing visual effects -- on what is, obviously, the most remarkable film format in the world

As with many new series, 'Fringe' is just starting to find its groove. Knowing we'll be around beyond the first 13 episodes means we'll get to realize the full potential of the show, and for that we are extremely grateful

It was very tricky. We actually had written a scene with him in it that was a flashback kind of thing, but the truth is, it didn't quite feel right. The bigger thing was that he was very vocal that he didn't want to do a cameo

So much of the story is relatable people in extraordinary situations

It does the stuff my favorite TV shows and movies do, which is to combine genres that shouldn't fit together

Abrams was born in New York and raised in Los Angeles. He is the son of television producer Gerald W. Abrams and executive producer Carol. He is Jewish. He attended Sarah Lawrence College.

Abrams's first job in the movie business started when he was 16 when he wrote music for Don Dohler's film Nightbeast. During his senior year at college, he teamed with Jill Mazursky to write a feature film treatment. Purchased by Touchstone Pictures, the treatment was the basis for Taking Care of Business, Abrams's first produced film, which starred Charles Grodin and Jim Belushi. He followed that up with Regarding Henry, starring Harrison Ford, and Forever Young, starring Mel Gibson.

FULL ARTICLE AT WIKIPEDIA.ORG
This article is licensed under the GNU Free Documentation License.
It uses material from the Wikipedia article "J.J. Abrams."
Back to Article
/