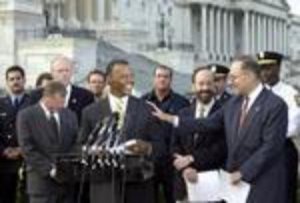 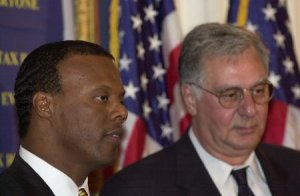 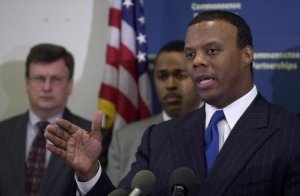 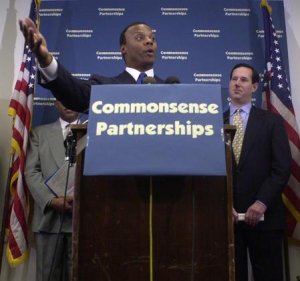 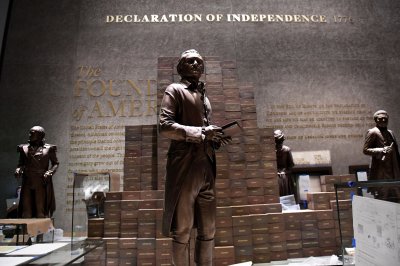 U.S. News // 4 years ago
How the new African-American history museum overcame decades of gridlock
There's a long story behind most important institutions, but the National Museum of African American History and Culture is in a category of its own.
U.S. News // 9 years ago
GOP looks to narrow playing field
Republican U.S. presidential candidates said Sunday it's time to narrow the playing field, otherwise front-runner Mitt Romney will be the party's nominee.
Top News // 1 decade ago
McCain outlines education plans
John McCain used a speech before the National Urban League in Florida to pledge support of the Education Equality Project, an educational opportunity program.
Top News // 1 decade ago
Slaves' Capitol efforts to be honored
A congressional task force plans a memorial to the black slaves who helped build the U.S. Capitol from the late 1700s to the mid-1800s, a report said.
Entertainment News // 1 decade ago
Former Rep. J.C. Watts to join CNN
J.C. Watts, who was in the House Republican leadership when he was a U.S. representative from Oklahoma, is joining CNN as a political analyst.
Entertainment News // 1 decade ago
'The Travis Smiley Show' returns to PRI
"The Travis Smiley Show" has returned to public radio in a two-hour program with Maya Angelou, U.S. Attorney General Alberto Gonzales and Jill Scott.
Top News // 1 decade ago
GOP's Watts calls on DNC to pull ad
Former U.S. Republican Rep. J.C. Watts Tuesday asked the Democrats to pull an ad arguing blacks did not benefit from Bush administration policies.
Top News // 1 decade ago
Bush campaign names black steering comm.
The Bush-Cheney '04 campaign announced the leadership of its African-Americans for Bush coalition effort in Detroit Monday.
Top News // 1 decade ago
Blacks come out for Bush
The Bush-Cheney campaign Friday announced an effort to woo black voters that will be spearheaded by 80 African-Americans.

By spreading these rumors and endorsing this behavior, they demean the intelligence of black voters in particular and all Americans in general

Instead of discussing the significant strides that our country has seen in regards to race, Democrats choose to falsely claim that African Americans have not benefited from President Bush's policies

Now they are keeping more of their money. They're hiring more workers. The economy is growing faster than it has in nearly 20 years and we've added 1.5 million new jobs since last August

I'm confident the Republican Party will field a strong candidate in the tradition of Senator Nickles, and it is my intention to do all I can help to elect that person to the U.S. Senate

J. C. Watts, Jr. (born November 18, 1957) is an American politician from Oklahoma who was a college football quarterback for the Oklahoma Sooners and professionally in the Canadian Football League. Watts served in the U.S. House of Representatives from 1995 to 2003 as a Republican, representing the 4th congressional district in south-central Oklahoma. After leaving congress he established a lobbying and consulting firm, served on corporate boards, and worked as a political commentator.

Watts was born and raised in Eufaula, Oklahoma in a rural impoverished neighborhood. After being one of the first children to attend an integrated elementary school, he became a high school quarterback and gained a football scholarship for the University of Oklahoma. He graduated 1981 with a degree in journalism and became a football player in the Canadian Football League until his retirement in 1986.

Watts became a Baptist minister and was elected in 1990 to the Oklahoma Corporation Commission as the first African American in Oklahoma to win statewide office. He successfully ran for Congress in 1994 and was reelected to three additional terms with increasing vote margins. Watts delivered the Republican response to Bill Clinton's 1997 State of the Union address and was elected Chair of the House Republican Conference in 1998. He retired in 2003 and turned to lobbying and business work. He holds the distinction of being the most recent black Republican to serve in the US Congress.

FULL ARTICLE AT WIKIPEDIA.ORG
This article is licensed under the GNU Free Documentation License.
It uses material from the Wikipedia article "J.C. Watts."
Back to Article
/