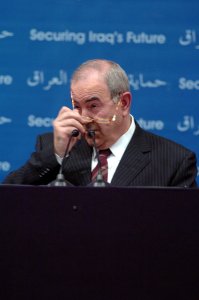 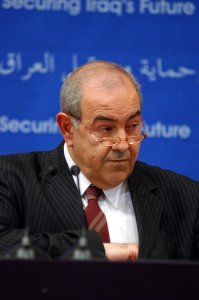 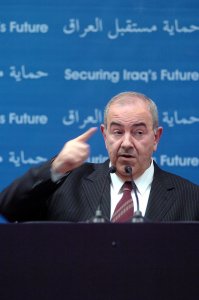 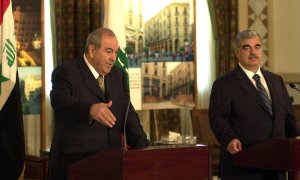 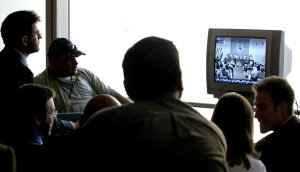 World News // 6 years ago
Iraq forms unity government, inclusive of Kurdish and Sunni minorities
Iraqi lawmakers formed a new, inclusive government Monday, ahead of the 30-day constitutional deadline to do so and amid a deteriorating security situation.
World News // 6 years ago
Iraq electoral commission releases preliminary results of parliamentary election
The Independent High Electoral Commission announced on Monday the preliminary results for Iraq's April 30 parliamentary elections.
Odd News // 7 years ago
The almanac
UPI Almanac for Monday, March 25, 2013.
Special Reports // 8 years ago
Iraq in deep trouble, Turkey says
The Turkish prime minister said his government was concerned about security in neighboring Iraq, saying the central government there is "deeply in trouble."
Special Reports // 8 years ago
Frustration with Iraq's Maliki growing
An Iraqi opposition leader said that despite lingering political and economic issues, his supporters wouldn't let the country "go down the drain."
Special Reports // 8 years ago
Would-be U.S. envoy to Iraq creates stir
Washington's nominee to be ambassador to Iraq said he was "deeply concerned" about the political climate prevailing in Baghdad.
Odd News // 8 years ago
The almanac
UPI Almanac for Sunday, March 25, 2012.
Special Reports // 9 years ago
Baghdad welcomes Saudi outreach
A decision by the government in Saudi Arabia to appoint a non-resident envoy to Baghdad is testament to developing bilateral relations, an Iraqi lawmaker said.
Special Reports // 9 years ago
Sunni-backed slate returns to work in Iraq
The Sunni-backed Iraqiya slate said ti was ending its boycott of the Iraqi Parliament ahead of a planned national conference, a spokeswoman said.
Special Reports // 9 years ago
Iraqi leader complains of harassment
The former interim prime minister of Iraq said his political allies would return to the government once the Shiite prime minister embraces open dialogue.

If this is not civil war, then God knows what civil war is

It will not only fall apart, but sectarianism will spread throughout the region, and even Europe and the United States would not be spared all the violence that may occur as a result of sectarian problems in this region

Now is the time for all Iraqis to come together. I call upon those who cast their ballot and those who did not to unite

Ayad Allawi (Arabic: إياد علاوي‎. Iyād ʿAllāwī; born 1945) is an Iraqi politician, and was the interim Prime Minister of Iraq prior to Iraq's 2005 legislative elections. A prominent Iraqi political activist who lived in exile for almost 30 years, the politically secular Shia Muslim became a member of the Iraq Interim Governing Council, which was established by U.S.-led coalition authorities following the 2003 invasion of Iraq. He became Iraq's first head of government since Saddam Hussein when the council dissolved on June 1, 2004 and named him Prime Minister of the Iraqi Interim Government. His term as Prime Minister ended on April 7, 2005, after the selection of Islamic Dawa Party leader Ibrahim al-Jaafari by the newly-elected transitional Iraqi National Assembly.

A former Ba'athist, Allawi helped found the Iraqi National Accord, which today is an active political party. In the lead up to the 2003 invasion of Iraq the INA provided intelligence about alleged weapons of mass destruction to MI6. Allawi has lived about half of his life in the UK. His wife and children still live in Britain for their security. He survived assassination attempts in 1978, in 2004, and on April 20, 2005.

Allawi's name is sometimes rendered as Eyad Allawi, the correct pronunciation compared to the common Iraqi dialect for Ayad.

FULL ARTICLE AT WIKIPEDIA.ORG
This article is licensed under the GNU Free Documentation License.
It uses material from the Wikipedia article "Iyad Allawi."
Back to Article
/