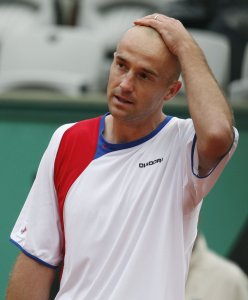 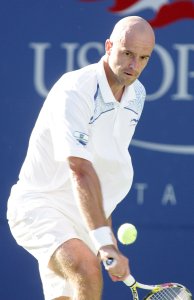 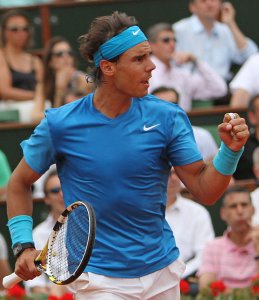 I have to be honest, I didn't feel like the better player, but one player has to win

I think that was the key, because suddenly I won the set without really thinking about it, which is good for me

This is big for me, especially because I won all three matches

Ivan Ljubičić (Croatian pronunciation: ; born March 19, 1979) is a Croatian tennis player born in Bosnia and Herzegovina, then Yugoslavia. His career-high ATP ranking was No. 3, and his current ranking is No. 37.

Tall and powerfully built, he is noted for his strong serve and has achieved his best results in indoor tournaments played on carpet or hardcourt. Mostly a baseliner, he will approach the net selectively (Ljubičić is a good volleyer and plays doubles occasionally). On his backhand, he can use a slice or a drop-shot to great effect to draw a player or put him out of position. Relying heavily on his serve, he holds well but is a comparatively weak returner, producing many sets ending in tie-breaks. Ljubičić is using the Head Youtek Extreme Pro Racquet, after using the Babolat Pure Drive for most of his professional career.

Ljubičić previously served as the ATP Player Council president, and has strongly voiced his opinion on many issues, such as the possible downgrading of current Masters Series tournaments in Monte Carlo and Hamburg.

FULL ARTICLE AT WIKIPEDIA.ORG
This article is licensed under the GNU Free Documentation License.
It uses material from the Wikipedia article "Ivan Ljubicic."
Back to Article
/