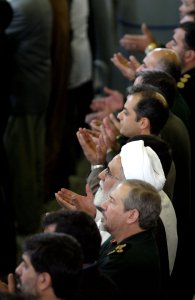 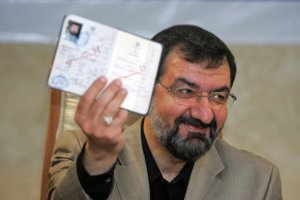 World News // 3 weeks ago
Iran executes man accused of spying for CIA, Mossad
Tehran on Monday executed an Iranian man convicted of spying for the United States and Israel, according to state-run media.

World News // 4 weeks ago
Iran blames 'human error' for Ukrainian jetliner shootdown
Iran has blamed the fatal shootdown of a Ukrainian jetliner early this year on a misaligned missile battery and an operator firing on the aircraft without authorization from commanders.

World News // 3 months ago
Iran promises 'slap' for U.S. aggression in Persian Gulf
That slap, a military spokesman warned, would be "bigger than that of the Ain al-Asad," a reference to Iranian missile strikes against two American military bases in Iraq in January.

Defense News // 3 months ago
Iranian launch of satellite may violate U.N. resolution
France and Germany joined the United States in condemning Iran's launch of a military satellite, suggesting it was a violation of a United Nations resolution.

Voices // 4 months ago
Nowruz will not be a happy new year for Iranians
In normal years, Iranians around the world would be preparing to celebrate the ancient ceremony of Nowruz (Norouz), the Persian New Year. 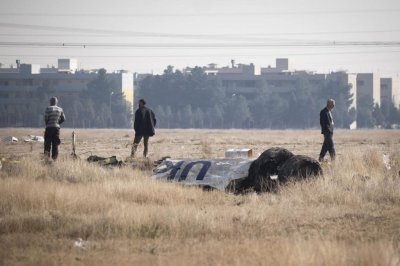 World News // 6 months ago
Iranians protest after government admits plane shot down
Iran said Saturday that it unintentionally shot down a Ukrainian civilian plane shortly after takeoff, killing all 176 aboard in a missile attack caused by "human error."

Over the past 31 years, Iranian companies and workers in Iran's oil industry have developed this industry in the country and even if new sanctions are imposed by the European Union, our (oil) production will not drop

The Army of the Guardians of the Islamic Revolution (Persian: سپاه پاسداران انقلاب اسلامی , Sepāh e Pāsdārān e Enqelāb e Eslāmi, also Sepāh) also known as the Islamic Revolutionary Guard Corps (IRGC), is a branch of Iran's military, founded after the Iranian revolution. Sepāh has 125,000 military personnel including ground, air and naval forces. It also controls the paramilitary Basij militia which has 90,000 active personnel, and in recent years has developed into a "multibillion-dollar business empire." The Chief Commander of the Guardians is Mohammad Ali Jafari, who was preceded by Yahya Rahim Safavi.

Like many young Iranians during the 1980-88 Iran–Iraq War, Iran's president Mahmoud Ahmadinejad was a member of the Army of Guardians, in the Basij militia. In recent years the Iranian Revolutionary Guard Corps has become a vast military-based conglomerate. It is active in oil and gas, telecom, and farming, to name a few sections, and has considerable economic and political influence . The Guard's expanding economic role is mirrored by an even greater role in politics and security since the presidential election in June 2009 .

Since its origin as an ideologically driven militia, the Army of the Guardians of the Islamic Revolution has taken an ever more assertive role in virtually every aspect of Iranian society. Its expanded social, political, military, and economic role under president Ahmadinejad's administration — especially during the 2009 presidential election and post-election suppression of protest — has led many analysts to argue that its political power has surpassed even that of the Shiite clerical system.

FULL ARTICLE AT WIKIPEDIA.ORG
This article is licensed under the GNU Free Documentation License.
It uses material from the Wikipedia article "Islamic Revolutionary Guard Corps."
Back to Article
/