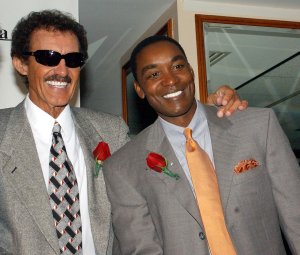 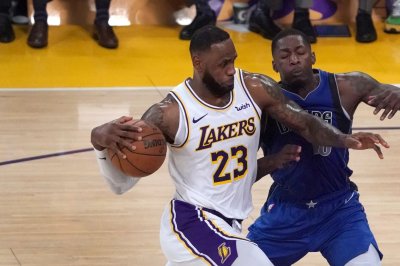 Top News // 2 years ago
The Almanac
On April 30, 1993, tennis star Monica Seles was stabbed and injured by a self-described fan of Steffi Graf during a match in Hamburg, Germany. 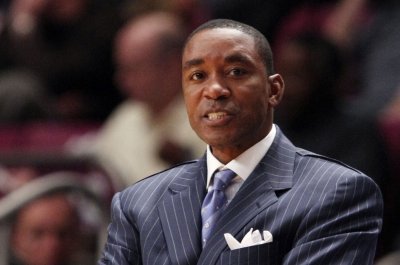 Top News // 3 years ago
The Almanac
On April 30, 1993, tennis star Monica Seles was stabbed and injured by a self-described fan of Steffi Graf during a match in Hamburg, Germany.

NBA // 3 years ago
Miami Heat send Chris Bosh to...NBA on TNT
One NBA player was dealt Thursday, but it wasn't to another team.

NBA // 3 years ago
NBA roundup: recap, scores, notes for every game played on February 13
DENVER -- Juancho Hernangomez hit six of Denver's franchise-record 24 3-pointers and finished with a career-high 27 points as the Nuggets routed the Golden State Warriors 132-110 on Monday night.

It's definitely a setback, but we can't let that be an excuse

Isiah Lord Thomas III (nicknamed "Zeke") (pronounced /aɪˈzeɪ.ə/; born April 30, 1961) is the men's basketball coach for the FIU Golden Panthers, and a retired American professional basketball player who played point guard for the Detroit Pistons of the National Basketball Association (NBA) from 1981 until 1994. He led the "Bad Boys" to the NBA Championship in the 1988-89 and 1989-90 seasons. After his playing career, he was an executive with the Toronto Raptors, a television commentator, an executive with the Continental Basketball Association, head coach of the Indiana Pacers, and an executive and head coach for the New York Knicks. During the NBA's 50th anniversary, he was named one of the 50 Greatest Players in NBA History.

Thomas was born on April 30, 1961, in Chicago, Illinois. The youngest of nine brothers and sisters, he commuted from the North Lawndale neighborhood on the West Side of Chicago to play high school basketball at St. Joseph High School in Westchester, Illinois for Gene Pingatore. He would wake up at 5 am and commute 90 minutes to attend the private school. During his junior year, he led St. Joseph to the State Finals. He played for Bob Knight's Hoosiers at Indiana University. In 1981, Thomas led the Hoosiers to the NCAA Tournament National Championship and earned the tournament's Most Outstanding Player award. After accomplishing this in his sophomore season, Thomas made himself eligible for the NBA Draft.

In the 1981 NBA Draft, the Detroit Pistons chose Thomas with the #2 pick and signed him to a four-year $1.6 million contract. Thomas made the All-Rookie team and started for the Eastern Conference in the 1982 All-Star Game.

FULL ARTICLE AT WIKIPEDIA.ORG
This article is licensed under the GNU Free Documentation License.
It uses material from the Wikipedia article "Isiah Thomas."
Back to Article
/