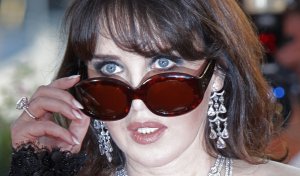 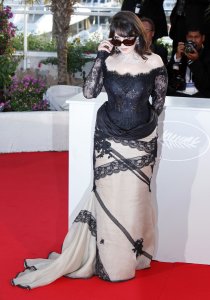 Isabelle Yasmine Adjani (born 27 June 1955) is a French film actress and singer. Adjani has appeared in 30 films since 1970. She holds the record for most César Award for Best Actress with five, for Possession (1981), One Deadly Summer (1983), Camille Claudel (1988), Queen Margot (1994) and Skirt Day (2009). She was also given a double Cannes Film Festival Best Actress Award in 1981. She also received two Academy Award nominations for Best Actress. She performs in French, English, and German.

Adjani was born in an immigrant neighborhood Gennevilliers, Hauts-de-Seine, a suburb of Paris (some sources say Bavaria, Germany) to an Algerian father from Constantine, Algeria, Mohammed Cherif Adjani. Her father was a soldier in the French Army in World War II. Her mother Augusta, called "Gusti", was German. She grew up speaking German fluently as a first language. After winning a school recitation contest, she began acting in amateur theater by the age of twelve. At the age of 14, she starred in her first motion picture Le Petit bougnat (1970).

She first gained fame as a classical actress for her interpretation of Agnès, the main female role in Molière's L'École des femmes, but soon left the Comédie française she had joined in 1972, to pursue a film career. After minor roles in several films, she enjoyed modest success in the 1974 film La Gifle (or The Slap). The following year, she landed her first major role in François Truffaut's The Story of Adèle H. Critics enthused over her performance, with Pauline Kael calling her acting talents "Prodigious". She was nominated for the Best Actress Oscar and offers for roles in Hollywood films, such as Walter Hill's 1978 crime thriller The Driver. She then played Lucy in Werner Herzog's 1979 remake of Nosferatu (1979).

FULL ARTICLE AT WIKIPEDIA.ORG
This article is licensed under the GNU Free Documentation License.
It uses material from the Wikipedia article "Isabelle Adjani."
Back to Article
/