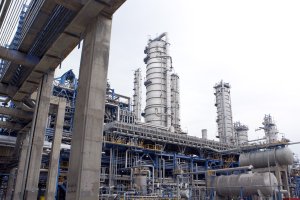 World News // 2 months ago
OPEC nations, Russia look to finalize deal for oil production cuts
OPEC members met in Austria Friday for another day of negotiations over the size and shape of proposed cuts in oil production in response to worsening market conditions. 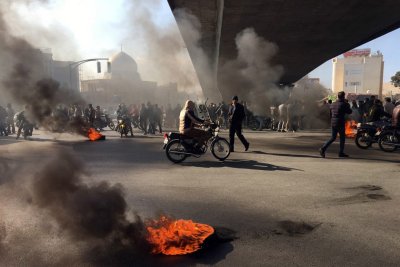 World News // 3 months ago
Gas price hikes, rationing fuel protests throughout Iran
Protesters, reacting to tripling of gasoline prices and rationing, took to the streets in several major cities in Iran for the second day Saturday.

World News // 3 months ago
Iran resumes uranium enrichment at Fordow site
Iran said Thursday it has resumed enriching uranium at its Fordow nuclear facility, further separating itself from a multination pact it signed in 2015.

World News // 4 months ago
Iran says it discovered natural gas deposit worth $40B
Iran announced that it has discovered a natural gas field with about $40 billion of condensed gas.

World News // 4 months ago
Iran says oil tanker hit by two missiles, leaking crude into Red Sea
An Iranian oil tanker was struck by a pair of rockets off the coast of Saudi Arabia in the Red Sea on Friday, Iranian officials said, the latest in a string of similar strikes.

U.S. News // 4 months ago
Study: 20 companies account for 35% of global carbon emissions since 1965
Twenty energy companies are responsible for more than a third of all worldwide carbon emissions over the last half-century, climatologists said in a new study Wednesday.

World News // 5 months ago
Trump: 'Locked and loaded' against 'culprit' that hit Saudis' oil fields
One day after 10 drone attacks knocked out half of Saudi Arabia's oil output, U.S. President Donald Trump said Sunday night they "believe that we know the culprit, are locked and loaded" with a response.

World News // 5 months ago
White House slaps sanctions on Iranian shipping network
The Trump administration imposed sanctions against a large shipping network that Iran created to transport its oil and offered a reward of $15 million to anyone with information that disrupts the network's operations.

World News // 5 months ago
Destination unknown for Iranian oil tanker on the move again
The Iranian oil tanker that has caused far-reaching angst in the Mediterranean Sea has changed course again, provoking new debate about where it's headed now.

World News // 6 months ago
Iran sells oil in seized supertanker to unidentified buyer
Iran has sold off the oil it was carrying in a tanker seized and released by Gibraltar last week, officials in Tehran said Monday.

Proved oil reserves in Iran, according to its government, rank fourth largest in the world at approximately 150 billion barrels (24×10^9 m3) as of 2014, although it ranks third if Canadian reserves of unconventional oil are excluded.[1] This is roughly 10% of the world's total proven petroleum reserves. At 2006 rates of production, Iran's oil reserves would last 98 years if no new oil was found.

FULL ARTICLE AT WIKIPEDIA.ORG
This article is licensed under the GNU Free Documentation License.
It uses material from the Wikipedia article "Iranian Oil."
Back to Article
/