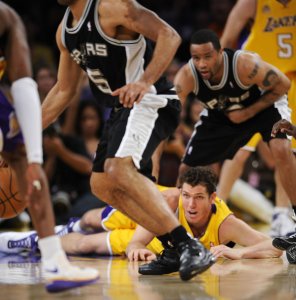 Udoka, a small forward, attended Portland's Jefferson High School and Portland State University where he starred for the Vikings. He started his professional basketball career by playing in the NBDL with the Charleston Lowgators who drafted him with 39th overall pick in 2002 NBDL Draft. He was called up to play with the Los Angeles Lakers on January 14, 2004, but was later waived. After a stint in Europe, he returned to the states and once again drafted in NBDL. This time he was drafted 3rd overall by Fort Worth Flyers in 2005 NBDL Draft. He averaged 17.1 points and 6.2 rebounds per game with the Flyers. On April 6, 2006, Udoka was signed by the New York Knicks. Udoka was waived by the Knicks on September 11, 2006.

Udoka was the last player invited to his hometown Portland Trail Blazers training camp before the 2006–07 season, getting the invite only after Aaron Miles failed a physical. Despite the death of his father during the preseason, Udoka impressed the coaching staff with his defense and professionalism, and improbably, made the team. After having played in only 12 NBA games in his career, Udoka started in 75 games played in the 2006–07 season. He played 28.6 minutes per game while averaging 8.4 points, 3.7 rebounds, and 0.9 steals.

FULL ARTICLE AT WIKIPEDIA.ORG
This article is licensed under the GNU Free Documentation License.
It uses material from the Wikipedia article "Ime Udoka."