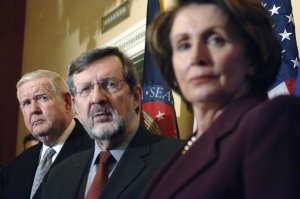 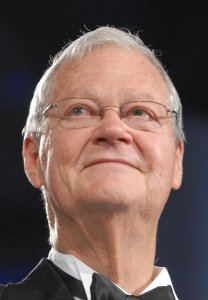 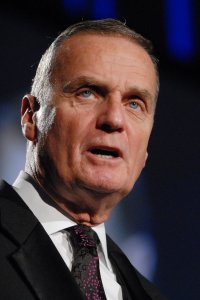 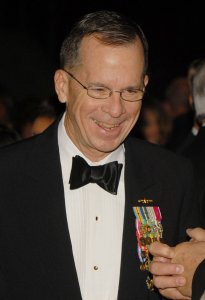 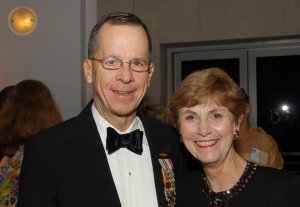 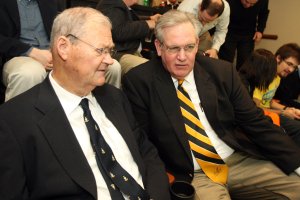 U.S. News // 7 years ago
17-term Congressman Ike Skelton, D-Mo., dies in Virginia at 81
Former U.S. Rep. Ike Skelton, D-Mo., who served 17 terms in Congress and was chairman of the House Armed Services Committee, died Monday at age 81.
U.S. News // 1 decade ago
Blunt wins Missouri Senate race
Republican Rep. Roy Blunt has won the U.S. Senate race in Missouri, beating Missouri Secretary of State Robin Carnahan, returns indicate.
Energy News // 1 decade ago
Gates urged to embrace energy reforms
The U.S. Defense Department needs to "seriously consider" ways to cut energy use on the battlefield, U.S. lawmakers told the defense secretary.
Special Reports // 1 decade ago
Skelton welcomes latest sanctions on Iran
A decision by South Korea to impose unilateral sanctions on Iran is indicative of the frustration with Iran's nuclear program, a senior U.S. lawmaker said.
U.S. News // 1 decade ago
Mich., Mo., Kan. cast primary votes
Primary voters in Michigan appeared to be booting a veteran congresswoman Tuesday and primary races also were being decided in Missouri and Kansas.
U.S. News // 1 decade ago
Politics 2010: Missourians want candidates to show them something
Despite the name recognition and popularity of veteran Democratic Rep. Ike Skelton of Missouri, Republicans believe Skelton is vulnerable this year.
U.S. News // 1 decade ago
'Don't ask, don't tell' squeezes Skelton
Rep. Ike Skelton, D-Mo., an original sponsor of the military's "don't ask, don't tell" policy on gays, is in a hard spot over the law's repeal, observers said.
Top News // 1 decade ago
Defense bill addition fuels earmark debate
The White House's assault on earmarks heated up when a U.S. House leader added a provision to the defense authorization bill when it was before his committee.
Special Reports // 1 decade ago
Homeland Security: The week ahead
Democratic primaries in Indiana and North Carolina Tuesday mean that presidential politics is likely to dominate the news agenda this week. But among all the endless talk of demographics, victory margins and delegate counts, here are a few national and homeland security events and stories that might make the inside pages.
Top News // 1 decade ago
Rep. calls for probe of Pentagon analysts
A member of Congress has called for a hearing into a New York Times story on ties between the Pentagon and military retirees who serve as TV news analysts.

This was an exceptional case, and I reiterate that this action should not be construed as standard U.S. policy for dealing with problem satellites

The American people, our friends and our potential adversaries must be confident that the highest standards are in place when it comes to our nuclear arsenal

South Korea joins an emerging consensus of states that have demonstrated the consequences of Iran's failure to meet its international obligations, and I am hopeful that its actions will serve as an example and encourage other nations to take action to prevent Iranian nuclear proliferation

Isaac Newton "Ike" Skelton IV (born December 20, 1931) was the U.S. Representative for Missouri's 4th congressional district. During his tenure, he served as the chairman of the House Armed Services Committee. He is a member for the Democratic Party. On November 2nd, 2010 he lost his seat to Vicky Hartzler.

The district takes in most of the western-central part of the state, from Jefferson City, the state capital, to the Kansas City suburbs. Besides Jefferson City, it includes other cities such as Sedalia, Warrensburg, Marshall, and Lebanon.

Skelton was born in Lexington, Missouri, a rural town with extensive Civil War history, where he still lives today.

FULL ARTICLE AT WIKIPEDIA.ORG
This article is licensed under the GNU Free Documentation License.
It uses material from the Wikipedia article "Ike Skelton."
Back to Article
/