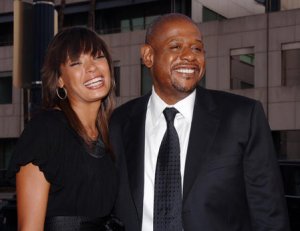 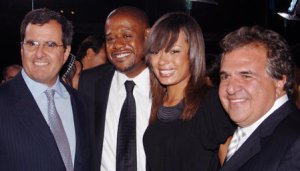 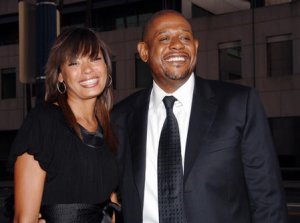 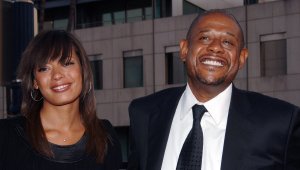 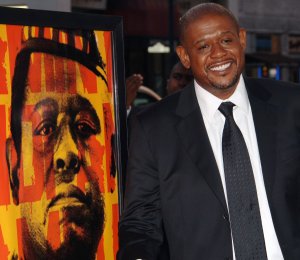 Entertainment News // 8 months ago
'Alien,' 'Homicide' actor Yaphet Kotto dead at 81
Yaphet Kotto, an actor whose credits include the films "Alien" and "Live and Let Die" as well as a long tenure on TV series "Homicide: Life on the Street," has died, his agent announced. He was 81.

World News // 5 years ago
Netanyahu commemorates Entebbe hostage-rescue mission in Uganda
Israeli Prime Minister Benjamin Netanyahu commemorated the 40th anniversary of the secret rescue mission to free more than 100 hostages at Uganda airport.
Movies // 7 years ago
Forest Whitaker to receive NAACP Chairman's Award
Actor, producer and director Forest Whitaker is to receive the NAACP Chairman's Award during a ceremony in Los Angeles next month, organizers said.
World News // 7 years ago
Book: Queen Elizabeth joked about hitting Idi Amin with sword
Queen Elizabeth II joked about hitting Ugandan dictator Idi Amin with a ceremonial sword if he came to a Silver Jubilee service in London, a new book says.
Odd News // 8 years ago
Conservative MP's dad running as UKIP candidate
The United Kingdom Independence Party Tuesday revealed one of its candidates in local elections is the father of a Conservative member of Parliament.
Odd News // 8 years ago
The almanac
UPI Almanac for Friday, Jan. 25, 2013.
Odd News // 9 years ago
The almanac
UPI Almanac for Wednesday, Jan. 25, 2012.
World News // 1 decade ago
Son of Idi Amin charged in beating
A son of the late Ugandan dictator Idi Amin has been charged in Britain with taking part in a beating at an immigration center, authorities say.
Entertainment News // 1 decade ago
Whitaker to star in Armstrong bio-pic
Hollywood actor Forest Whitaker has signed on to direct and star in a bio-picture about jazz great Louis Armstrong.
Special Reports // 1 decade ago
Analysis: Middle East crisis explained
As a matter of courtesy, this reporter replies to all comments from readers. Occasionally some responses are so erroneous in their observation of the initial piece, as well as in the direction and the sense of the analysis, that they merit somewhat more than the traditional thank you. At times, perhaps, the fault is the reporter's, for lack of clarity in his syntax -- this was not the case this time -- and sometimes maybe the reader is at fault due to a misconception of the facts, or because sometimes the truth may be hard to accept.

The Last King of Scotland -- had to share the LAFCA honor with an unlikely winner. Sacha Baron Cohen was awarded a share of the prize for his performance in

My brother Taban is the oldest in our family and he should automatically be the heir. We have survived and must continue surviving as a famil

Idi Amin Dada (c.1925 – 16 August 2003) was a military leader and President of Uganda from 1971 to 1979. Amin joined the British colonial regiment, the King's African Rifles, in 1946, and eventually held the rank of Major General and Commander of the Ugandan Army prior to taking power in the military coup of January 1971, deposing Milton Obote. He later promoted himself to Field Marshal while he was the head of state.

Amin's rule was characterised by human rights abuses, political repression, ethnic persecution, extrajudicial killings, nepotism, corruption and gross economic mismanagement. The number of people killed as a result of his regime is estimated by international observers and human rights groups to range from 100,000 to 500,000. Notable backers of Amin included Muammar al-Gaddafi's Libya, the Soviet Union and East Germany, with early support for his regime coming from the United Kingdom, Israel, and Apartheid-era South Africa.

In 1975–1976, Amin became the Chairman of the Organisation of African Unity, a pan-Africanist group designed to promote solidarity of the African states. During the 1977–1979 period, Uganda was appointed to the United Nations Commission on Human Rights. From 1977 to 1979, Amin titled himself as "His Excellency, President for Life, Field Marshal Al Hadji Doctor Idi Amin Dada, VC, DSO, MC, Conqueror of the British Empire in Africa in General and Uganda in Particular".

FULL ARTICLE AT WIKIPEDIA.ORG
This article is licensed under the GNU Free Documentation License.
It uses material from the Wikipedia article "Idi Amin."