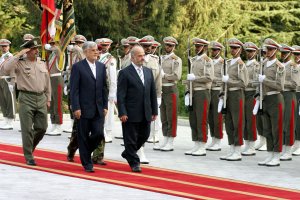 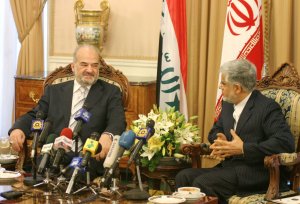 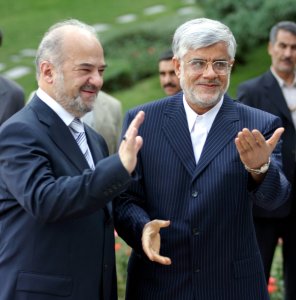 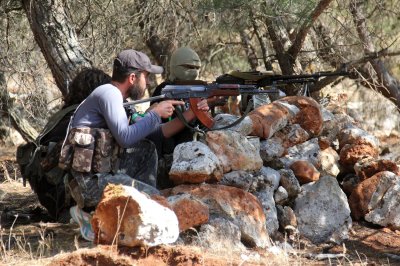 We don't want the military to return to a strategy of aggression. But we want Iraq to be strong enough to return assaults from others

We do not tolerate any violation of human rights for detainees

Iraqi detainees may have been tortured Dec 12, 2005

If one dinar is misspent, I ache for it, so just imagine how it feels for such huge sums

We need your assistance because we are experiencing difficult times

Ibrahim abd al-Karim Hamzah al-Ashaiqir al-Jaafari (Arabic: إبراهيم الأشيقر الجعفري‎; born 1947) is an Iraqi politician who was Prime Minister of Iraq in the Iraqi Transitional Government from 2005 to 2006, following the January 2005 election. He was previously one of the two Vice-Presidents of Iraq under the Iraqi Interim Government from 2004 to 2005, and he was the main spokesman for the Islamic Dawa Party. He was forced to withdraw his nomination for premiership for the permanent government because of accusations of weak leadership from United States President George W. Bush.

He was born Ibrahim al-Eshaiker (إبراهيم الأشيقر) in Karbala. He is a sayyid (descendant of Muhammad) and his great grandfather, Sayyid Mahdi bin Sayyid Ali bin Sayyid Baqir al-Ushaiqir, led the al-Ushaiqir revolt in Karbala in 1876 against the Ottoman Empire. The Al-Ushaiqir family originated from the city of al-Ushaiqir in what is now Saudi Arabia. Jaafari was educated at Mosul university as a medical doctor.

He joined the Islamic Dawa Party in 1968. Upon graduation from school in 1974 he worked actively for the party in Iraq which was trying to overthrow the Ba'athist secular government. He left for Iran in 1980 and became involved in the movement against Saddam Hussein there as part of the Supreme Council for the Islamic Revolution in Iraq where he represented the Islamic Dawa Party. He adopted the name al-Jaafari in exile to protect his family in Iraq from retribution by Saddam. He moved to London in 1989 where he became the al-Dawa spokesman in the UK and an important participant in the wider anti-Saddam movement. While in the UK he attended many Iraqi Events giving religious sermons.

FULL ARTICLE AT WIKIPEDIA.ORG
This article is licensed under the GNU Free Documentation License.
It uses material from the Wikipedia article "Ibrahim al-Jaafari."
Back to Article
/