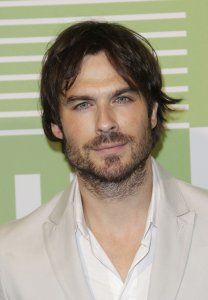 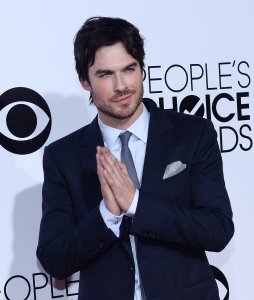 Entertainment News // 4 years ago
Somerhalder, Reed say decision to have a baby didn't involve 'reproductive coercion'
Nikki Reed and Ian Somerhalder have released a statement addressing the backlash they received after recently recounting how they decided to start a family.

Ian Joseph Somerhalder (born December 8, 1978) is an American model, actor and producer, best known for playing Damon Salvatore in the TV drama The Vampire Diaries and Boone Carlyle in the TV drama Lost.

Somerhalder was born and raised in Covington, Louisiana, the son of Edna, a massage therapist, and Robert Somerhalder, an independent building contractor. He was raised a Catholic and attended St. Paul's, a private Catholic school in Covington. He embarked on a modeling career from age 10 to 13, and by the age of 17 he decided to go into acting.

In the summer of 2000, Somerhalder starred in the short-lived WB series Young Americans, a spin-off of Dawson's Creek. He played Hamilton Fleming, the son of the dean of a prestigious boarding school. In 2002, Somerhalder played bisexual character Paul Denton in Roger Avary's adaptation of Bret Easton Ellis' novel, The Rules of Attraction, alongside James Van Der Beek, Shannyn Sossamon, and Jessica Biel.

FULL ARTICLE AT WIKIPEDIA.ORG
This article is licensed under the GNU Free Documentation License.
It uses material from the Wikipedia article "Ian Somerhalder."