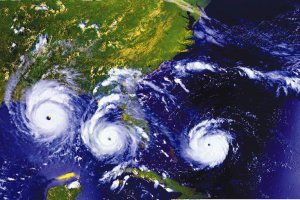 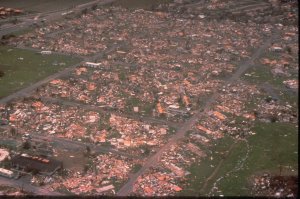 U.S. News // 7 months ago
Officials: Death toll rises to nine in Miami-Dade condo collapse
Nine people have been confirmed dead in the aftermath of the collapse of a condominium complex in Florida, Miami-Dade Mayor Danielle Levine Cava announced Sunday.

U.S. News // 7 months ago
As many as 99 missing, 1 killed in Miami-area condo collapse
At least one person was killed and as many as 99 were missing Thursday after about half of the units in a high-rise oceanfront condominium building near Miami Beach collapsed overnight.

Odd News // 2 years ago
Class ring lost 27 years ago found in sewer under Louisiana school
A man who found a class ring in a sewer under a university was able to contact the owner, who dropped it down a drain 27 years ago.

World News // 2 years ago
Remnants of Dorian off Canada, will move to Britain this week
After brushing past the Northeast, Hurricane Dorian is expected to make landfall in Atlantic Canada late Saturday or Saturday night, just about two weeks after the storm sprung to life in the Caribbean.

U.S. News // 4 years ago
Record 2017 hurricane season cost $370B, hundreds of lives
The 2017 Atlantic hurricane season officially ends Thursday after wreaking havoc on a number of U.S. and foreign communities, some of which are still reeling.

U.S. News // 4 years ago
Florida Gov. Scott: 'Get out quickly' ahead of Irma
Florida Gov. Rick Scott urged residents in evacuation zones to "get out quickly," especially those in South Florida where a port closure will mean less fuel.

U.S. News // 4 years ago
Floridians leaving or bracing for Irma; additional 3K Nat'l Guard troops called in
With Hurricane Irma just a couple days out, Florida's 20 million residents are hitting roads out of town, and those who aren't leaving will hunker down.

Given the fact that the potential financial risk will increase even without any increase in the number of hurricane events simply by adding exposure due to population growth and increase of wealth, the amount of capital to cover these risks could be much better used

There is always some uncertainty in determining the maximum winds in a hurricane, and Andrew is no exception

Although significant changes have occurred in building codes since Hurricane Andrew, many of which should tend to reduce hurricane damage, major changes are still needed

When I was doing a briefing on Friday, I said that it is not going to be a problem on the weekend

The upcoming June 1-Nov. 30 hurricane season continues to look like an above-average one

Hurricane Andrew was the third Category 5 hurricane to make landfall in the United States, after the Labor Day Hurricane of 1935 and Hurricane Camille in 1969. Andrew was the first named storm and only major hurricane of the otherwise inactive 1992 Atlantic hurricane season. During Andrew's duration it struck the northwestern Bahamas, southern Florida at Homestead (south of Miami), and southwest Louisiana around Morgan City in August. Andrew caused $26.5 billion in damage (1992 USD, $41.5 billion 2011 USD), with most of that damage cost in south Florida, which it struck at Category 5 strength; however, other sources estimated the total cost between $27 billion (1992 USD, $42.3 billion 2011 USD) and $34 billion (1992 USD, $47 billion 2011 USD). Its central pressure ranks as the fourth-lowest in U.S. landfall records. Andrew was the costliest Atlantic hurricane in U.S. history prior to Hurricane Katrina in 2005.

A tropical wave moved off the coast of Africa on August 14. Under the influence of a ridge of high pressure to its north, the wave tracked quickly westward, developing into Tropical Depression Three late on August 16 about 1,630 miles (2,620 km) east-southeast of Barbados. By August 17, the depression intensified into Tropical Storm Andrew, and by the following day had organized convection and estimated winds of 50 mph (80 km/h). Shortly thereafter the thunderstorms decreased markedly, and as the storm turned to the northwest it encountered southwesterly wind shear from an upper-level low. On August 19, a Hurricane Hunters flight into the storm failed to locate a well-defined center, and the next day a flight found only a broad circulation with an unusually high pressure of 1,015 millibars (30.0 inHg). Around that time, the upper-level low degenerated into a trough, which decreased the wind shear over the storm. In addition, a strong ridge developed over the southeastern United States, which built eastward and caused Andrew to turn to the west.

The storm gradually re-intensified, and after developing an eye, Andrew attained hurricane status early on August 22 about 650 miles (1,050 km) east-southeast of Nassau, Bahamas. The hurricane accelerated as it tracked due westward into an area of very favorable conditions, and late on August 22 began rapidly intensifying; in a 24 hour period the pressure dropped 47 millibars (1.4 inHg) to a minimum pressure of 922 millibars (27.2 inHg). On August 23 Andrew attained Category 5 status on the Saffir-Simpson Hurricane Scale, and at 1800 UTC that day it reached peak winds of 175 miles per hour (282 km/h) while located a short distance off Eleuthera island. Operationally, the National Hurricane Center assessed its peak intensity as 150 mph (240 km/h), although it was reanalyzed and re-classified as a Category 5 hurricane twelve years subsequent to the hurricane. At its peak, Andrew was a small hurricane, with winds of 35 mph (56 km/h) extending out only 90 miles (140 km) from the center. Subsequent to peaking in intensity, the hurricane underwent an eyewall replacement cycle, and at 2100 UTC on August 23, Hurricane Andrew struck Eleuthera with winds of 160 miles per hour (260 km/h). The hurricane weakened further while crossing the Bahama Banks, and at 0100 UTC on August 24 Andrew hit the southern Berry Islands of the Bahamas with winds of 150 miles per hour (240 km/h).

FULL ARTICLE AT WIKIPEDIA.ORG
This article is licensed under the GNU Free Documentation License.
It uses material from the Wikipedia article "Hurricane Andrew."