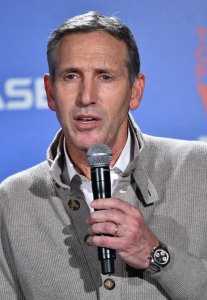 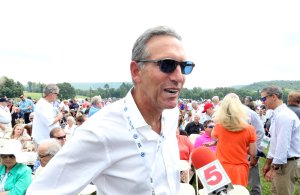 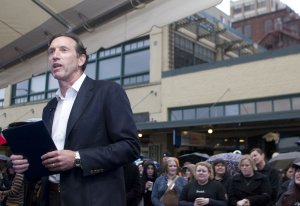 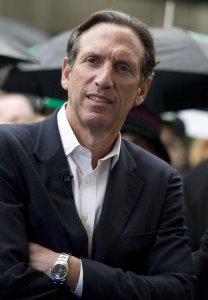 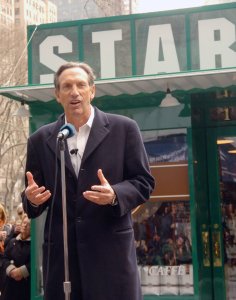 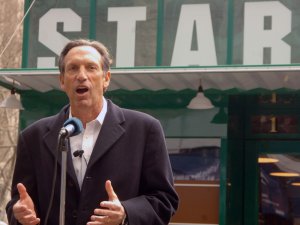 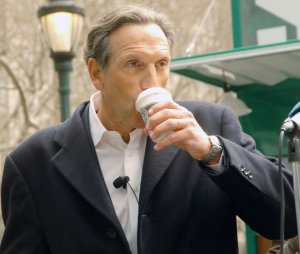 Voices // 1 year ago
Corporate activism is more than a marketing gimmick
There's been an outpouring of support for Black Lives Matter from America's largest corporations. Businesses often engage in social activism because they want to sway public policy outcomes.

Voices // 3 years ago
Trump, technology, work driving wave of 'corporate activism'
Recent years have witnessed the emergence of what appears to be a new breed of business person: the corporate activist. Four factors are causing this phenomenon.

World News // 3 years ago
Starbucks opens 22,000-square-foot upscale location in Milan
Starbucks opened its first location in Italy on Thursday, but it's not the typical drive-thru location dotting the United States by the thousands.

U.S. News // 3 years ago
Starbucks Chief Executive Howard Schultz to retire
Howard Schultz plans to step down as executive chairman of Starbucks and relinquish his seat on the board of directors later this month.

Business News // 4 years ago
Starbucks announces new leadership moves with eye on growth
The Starbucks Corporation named a new president and CEO on Thursday to lead the premium coffee-maker to new growth, the company said.

Business News // 5 years ago
Starbucks, Anheuser-Busch to create new brand for $1B ready-to-drink tea market
One of the largest U.S. coffee companies is teaming with one of the nation's biggest beer brewers to create a new product that is neither beer nor coffee.

We will close all of our U.S. company-operated stores to teach, educate and share our love of coffee and the art of espresso

We will close all of our U.S. company-operated stores to teach, educate and share our love of coffee and the art of espresso

We achieved fresh roasted bagged coffee, but at what cost

Howard Schultz (born July 19, 1953) is an American businessman, and entrepreneur best known as the chairman and CEO of Starbucks and a former owner of the Seattle SuperSonics. Schultz co-founded Maveron, an investment group, in 1998 with Dan Levitan.

In 2006, Forbes magazine ranked Schultz as the 354th richest person in the United States, with a net worth of $1.1 billion.

Howard Schultz was born to a Jewish family on July 19, 1953 in Brooklyn, New York, the son of ex-US Army trooper and then truck driver Fred Schultz, and his wife Elaine. With his younger sister, Ronnie, and brother, Michael, he grew up in the Canarsie Bayview Housing Projects. As Schultz's family was poor, he saw an escape in sports such as baseball, football, and basketball. He went to Canarsie High School, from which he graduated in 1971. In high school, Schultz excelled at sports and was awarded an athletic scholarship to Northern Michigan University – the first person in his family to go to college. A member of Tau Kappa Epsilon, Schultz received his bachelor's degree in Communications in 1975.

FULL ARTICLE AT WIKIPEDIA.ORG
This article is licensed under the GNU Free Documentation License.
It uses material from the Wikipedia article "Howard Schultz."