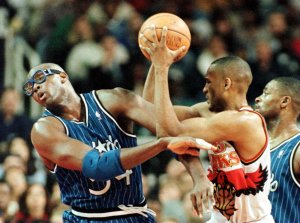 NBA // 3 years ago
Former Chicago Bulls GM Jerry Krause dies at 77
Jerry Krause, who orchestrated the Chicago Bulls' dominant run in the 1990s, died at the age of 77 on Tuesday. 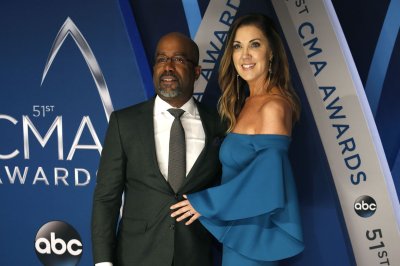 Horace Junior Grant (born July 4, 1965) is a retired American basketball player. He attended and played college basketball at Clemson University, before playing professionally in the National Basketball Association (NBA), where he became a four-time champion with the Chicago Bulls and Los Angeles Lakers. He was easily recognizable by many NBA fans because of his trademark wraparound protective eyeglasses. His twin brother, Harvey Grant, also played in the NBA. His nephew Jerai Grant currently starts for Clemson's basketball team.

Grant was born in Augusta, Georgia and attended Clemson University. He was drafted by the Chicago Bulls with the 10th overall pick of the 1987 NBA Draft. The 6 ft 10 in (2.08 m) tall power forward/center immediately teamed with fellow draft-day acquisition Scottie Pippen to form the Bulls' forward tandem of the future, although he initially backed up incumbent Charles Oakley, one of the league's premier rebounders and post defenders.

In 1989, Grant moved into the starting lineup when Oakley was traded to the New York Knicks for center Bill Cartwright. He immediately became the Bulls' main rebounder, and established himself as the Bulls' third scoring option after Michael Jordan and Pippen, forming one of the league's best trios. Grant was noted for his defensive play; he was selected four times for the NBA All-Defensive Team. He helped Chicago win three consecutive NBA championships (1990–91, 1991–92, and 1992–93), securing the third with a last-second block.

FULL ARTICLE AT WIKIPEDIA.ORG
This article is licensed under the GNU Free Documentation License.
It uses material from the Wikipedia article "Horace Grant."
Back to Article
/