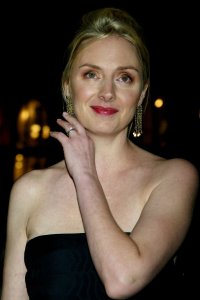 To be writing a psychological horror film for William Friedkin, the man who set the standard in the genre by directing what is considered to be scariest and most viscerally disturbing movie of all time, is more than a writer could hope

Hope Davis (born March 23, 1964) is an American actress. She has starred in more than 20 feature films, including About Schmidt, Flatliners, Mumford, American Splendor, The Lodger and Next Stop Wonderland.

Davis, second of three children, was born in Englewood, New Jersey, the daughter of Joan, a librarian, and William Davis, an engineer. Davis has described her mother as a "great storyteller" who would take Davis and her siblings to museums or to "something cultural" every Sunday after church. Davis graduated in 1982 from Tenafly High School in Tenafly, New Jersey, and was a childhood friend of Mira Sorvino, with whom she wrote and acted in backyard plays.

FULL ARTICLE AT WIKIPEDIA.ORG
This article is licensed under the GNU Free Documentation License.
It uses material from the Wikipedia article "Hope Davis."
Back to Article
/