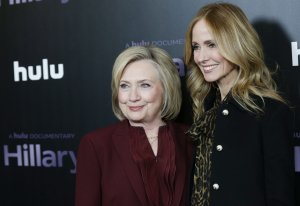 The United States strongly condemns today's terrorist attack on civilians in Pakistan, and we offer our condolences to the families of the victims and all the people of Pakistan

Denying people the right to express their discontent can easily create more unrest, while embracing reforms can strengthen societies and unleash new potential for development

Hillary Diane Rodham Clinton (pronounced /ˈhɪləri daɪˈæn ˈrɒdəm ˈklɪntən/; born October 26, 1947) is the 67th United States Secretary of State, serving in the administration of President Barack Obama. She was a United States Senator for New York from 2001 to 2009. As the wife of the 42nd President of the United States, Bill Clinton, she was the First Lady of the United States from 1993 to 2001. In the 2008 election, Clinton was a leading candidate for the Democratic presidential nomination.

A native of Illinois, Hillary Rodham first attracted national attention in 1969 for her remarks as the first student commencement speaker at Wellesley College. She embarked on a career in law after graduating from Yale Law School in 1973. Following a stint as a Congressional legal counsel, she moved to Arkansas in 1974 and married Bill Clinton in 1975. Rodham cofounded the Arkansas Advocates for Children and Families in 1977 and became the first female chair of the Legal Services Corporation in 1978. Named the first female partner at Rose Law Firm in 1979, she was twice listed as one of the 100 most influential lawyers in America. First Lady of Arkansas from 1979 to 1981 and 1983 to 1992 with husband Bill as Governor, she successfully led a task force to reform Arkansas's education system. She sat on the board of directors of Wal-Mart and several other corporations.

FULL ARTICLE AT WIKIPEDIA.ORG
This article is licensed under the GNU Free Documentation License.
It uses material from the Wikipedia article "Hillary Rodham Clinton."