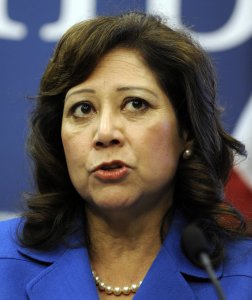 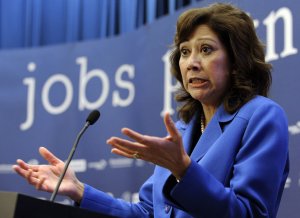 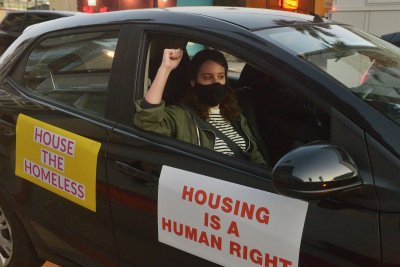 The federal rules governing the employment of minors are clear, and the consequences for failing to comply are serious

Hilda Lucia Solis (pronounced /sɵˈliːs/; born October 20, 1957) is the 25th United States Secretary of Labor, serving in the Obama administration. She is a member of the Democratic Party and served in the United States House of Representatives from 2001 to 2009, representing the 31st and 32nd congressional districts of California that include East Los Angeles and the San Gabriel Valley.

Solis was raised in La Puente, California by immigrant parents from Nicaragua and Mexico. She gained degrees from the California State Polytechnic University, Pomona (Cal Poly Pomona) and the University of Southern California (USC) and worked for two federal agencies in Washington, D.C. Returning to her native state, she was elected to the Rio Hondo Community College Board of Trustees in 1985, the California State Assembly in 1992, and the California State Senate in 1994. She was the first Hispanic woman to serve in the State Senate, and was reelected there in 1998. She became known for her work toward environmental justice and was the first female recipient of the John F. Kennedy Profile in Courage Award in 2000.

Solis defeated a long-time Democratic incumbent as part of getting elected to the U.S. House of Representatives in 2000, where she focused mainly on labor causes and environmental work. She was reelected easily to four subsequent terms. In December 2008, President-elect Barack Obama announced his intention to nominate Solis as the next United States Secretary of Labor. She took office after being confirmed by the United States Senate in February 2009, becoming the first Hispanic woman to serve in the U.S. Cabinet.

FULL ARTICLE AT WIKIPEDIA.ORG
This article is licensed under the GNU Free Documentation License.
It uses material from the Wikipedia article "Hilda Solis."
Back to Article
/