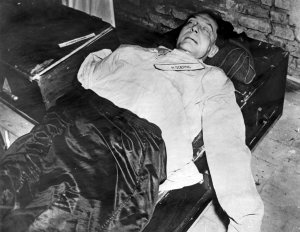 U.S. News // 1 month ago
U.S. Supreme Court to hear Nazi artworks case
The U.S. Supreme Court on Monday will hear arguments in a case about restitution to Jewish heirs for a collection of medieval artifacts known as the Guelph Treasure sold to the Nazis in 1935.

Top News // 3 years ago
On This Day: 'Baby Jessica' rescued from Texas well
On Oct. 16, 1987, Jessica McClure, a toddler who came to be known as "Baby Jessica," was rescued from a well in Texas, 58 hours after she first fell into it.

U.S. News // 3 years ago
Germany to defend itself in U.S. court for first time over Nazi art seizures
The Jewish heirs to a collection of medieval artifacts who said ancestors were forced to sell them to the Nazis can sue the German government in U.S. court. 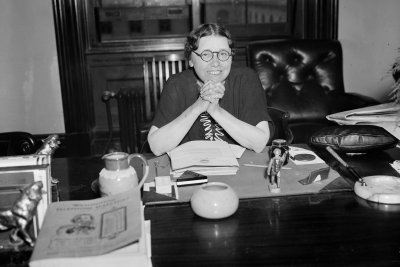 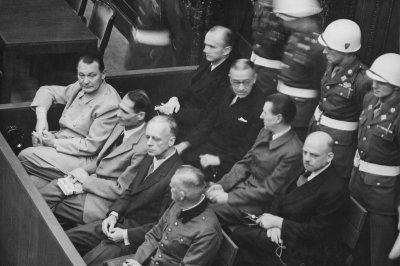 Top News // 5 years ago
The Almanac
On Oct. 15, 1990, Soviet leader Mikhail Gorbachev was awarded the Nobel Peace Prize for his work towards ending the Cold War.

Top News // 5 years ago
The Almanac
UPI Almanac for Thursday, Feb, 26, 2015
World News // 6 years ago
From the Archives: 70th anniversary of D-Day invasion
Seventy years ago, on June 6, 1944, Allied forces landed on the beaches of Normandy, France, and began an invasion that would turn the tide of World War II.

Whenever I hear the word 'culture,' I reach for my gun

Hermann Wilhelm Göring (also spelled Goering) ( listen) (12 January 1893 – 15 October 1946) was a German politician, military leader and a leading member of the Nazi Party. Among many offices, he was Hitler's designated successor and commander of the Luftwaffe (German Air Force). With twenty-two confirmed kills as a fighter pilot, he was a veteran of the First World War and recipient of the coveted Pour le Mérite ("The Blue Max"). He was the last commander of "The Red Baron" Manfred von Richthofen's famous Jagdgeschwader 1 air squadron.

Following the end of the Second World War, Göring was convicted of war crimes and crimes against humanity at the Nuremberg Trials. He was sentenced to death by hanging, but committed suicide by cyanide ingestion the night before he was due to be hanged.

Göring was born on 12 January, 1893 at the sanatorium Marienbad in Rosenheim, Bavaria. His father Heinrich Ernst Göring (31 October, 1839 – 7 December, 1913) had been the first Governor-General of the German protectorate of South West Africa (modern day Namibia) as well as being a former cavalry officer and member of the German consular service. Göring had among his paternal ancestors Eberle/Eberlin, a Swiss-German family of high bourgeoisie.

FULL ARTICLE AT WIKIPEDIA.ORG
This article is licensed under the GNU Free Documentation License.
It uses material from the Wikipedia article "Hermann Goering."
Back to Article
/