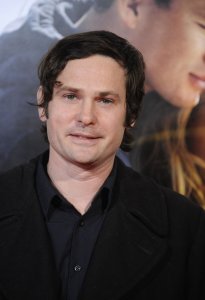 TV // 1 year ago
No more 'Haunting of...' planned for Netflix, says creator
Mike Flanagan, creator of "The Haunting of Hill House" and "The Haunting of Bly Manor," said a third installment in Netflix's creepy anthology series is not in the works.

Henry Jackson Thomas, Jr. (born September 9, 1971) is an American actor and musician. He has appeared in more than 40 films and is best known for his role as Elliott in the 1982 Steven Spielberg film E.T. the Extra-Terrestrial.

Thomas was born an only child in San Antonio, Texas, the son of Carolyn L. (née Davis), a homemaker, and Henry Jackson Thomas, a hydraulic machinist. In San Antonio he attended East Central High School, in the ECISD district, and Blinn College in College Station, Texas.

Thomas' first marriage to Kelly Hill ended in divorce. He married Marie Zielcke in May 2004. They have a daughter, Hazel. The couple are currently separated.

FULL ARTICLE AT WIKIPEDIA.ORG
This article is licensed under the GNU Free Documentation License.
It uses material from the Wikipedia article "Henry Thomas."