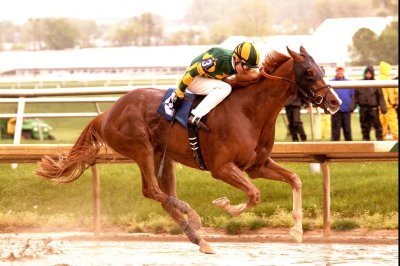 Clark began his professional career in 1929 and got his first stakes winner with Liz Whitney Tippett's colt, Blue Cypress. Sill working well into his nineties, Clark holds the record for most wins by a trainer in the Delaware Handicap with four.

FULL ARTICLE AT WIKIPEDIA.ORG
This article is licensed under the GNU Free Documentation License.
It uses material from the Wikipedia article "Henry S. Clark."
Back to Article
/