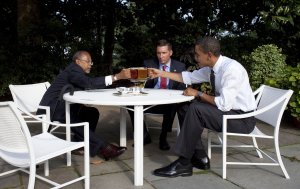 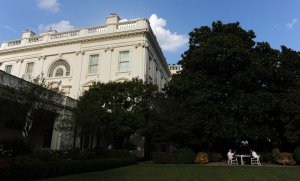 TV // 1 week ago
John Legend: Church 'was what inspired me to sing'
John Legend discusses his connection with the PBS docuseries "The Black Church: This is Our Story, This Is Our Song," which he executive produced and appeared in, with host Henry Louis Gates, Jr.

TV // 5 years ago
PBS postpones Season 3 of 'Finding Your Roots' following investigation into handling of Affleck episode
PBS says it will postpone the third season of its genealogy series "Finding Your Roots" until new measures are implemented to ensure the program's accuracy.

Entertainment News // 5 years ago
Ben Affleck says he 'regrets' asking PBS to hide his slave-owner ancestry
Ben Affleck has addressed revelations that he asked PBS to edit out a slave-owning ancestor from an October episode of "Finding Your Roots."

Entertainment News // 5 years ago
Ben Affleck asked PBS to ignore slave-owning ancestor on 'Finding Your Roots'
Leaked Sony emails reveal that Ben Affleck had PBS cut details about his slave-owning ancestor from an episode of "Finding Your Roots."
U.S. News // 7 years ago
Stamp advisory committee in row with USPS over Harry Potter stamp
The release of a series of Harry Potter stamps by the U.S. Postal Service has created some bad magic with its advisory board and collectors, officials say.
Entertainment News // 7 years ago
'The Bondwoman's Narrative' author is identified by professor
A South Carolina university professor says Hannah Bond is the author of "The Bondwoman's Narrative," the first novel written by an African-American woman.
U.S. News // 9 years ago
Harvard prof settles civil rights lawsuit
Prominent Harvard neuroscientist S. Allen Counter has settled a civil rights lawsuit against the Cambridge Police Department over his 2006 arrest, he said.

It is incumbent upon Sergeant Crowley and me to utilize the great opportunity that fate has given us to foster greater sympathy among the American public for the daily perils of policing on the one hand, and for the genuine fears of racial profiling on the other hand

Henry Louis “Skip” Gates, Jr., (born September 16, 1950) is an American literary critic, educator, scholar, writer, editor, and public intellectual. He was the first African American to receive the Andrew W. Mellon Foundation Fellowship. He has received numerous honorary degrees and awards for his teaching, research, and development of academic institutions to study black culture. In 2002, Gates was selected to give the Jefferson Lecture, in recognition of his "distinguished intellectual achievement in the humanities." The lecture resulted in his 2003 book, The Trials of Phillis Wheatley.

As the host of the 2006 and 2008 PBS television miniseries African American Lives, Gates explored the genealogy of prominent African Americans. Gates sits on the boards of many notable arts, cultural, and research institutions. He serves as the Alphonse Fletcher University Professor at Harvard University, where he is director of the W. E. B. Du Bois Institute for African and African American Research. Michael Kinsley referred to him as "the nation's most famous black scholar." However he is criticized as non-representative of Black people by prominent African-American scholars such as John Henrik Clarke, Molefi Asante and Maulana Karenga.

Gates was born in Keyser, West Virginia, to Pauline Augusta Coleman and Henry Louis Gates, Sr. He grew up in neighboring Piedmont, the inspiration for his best-selling memoir Colored People. At the age of 14, Gates was injured while playing touch football, fracturing the ball and socket joint of his hip, resulting in a slipped epiphysis. The injury was misdiagnosed by a physician who told Gates's mother that his problem was psychosomatic. When the physical damage finally healed, Gates' right leg was two inches shorter than his left. Because of the injury, Gates uses a cane to help him walk.

FULL ARTICLE AT WIKIPEDIA.ORG
This article is licensed under the GNU Free Documentation License.
It uses material from the Wikipedia article "Henry Louis Gates."
Back to Article
/