Top News // 4 years ago
The Almanac
On Sept. 21, 1981, Sandra Day O'Connor received a unanimous vote in the Senate to become the first female member of the U.S. Supreme Court. 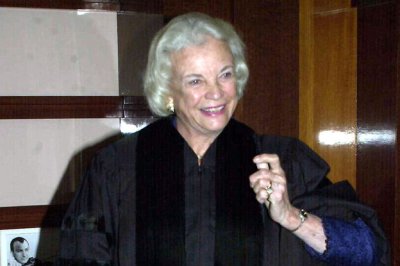 He came in and did a poem and a full back flip. He said, 'Is that anything?' I said, 'Be here Monday,

Henry Gibson (September 21, 1935 – September 14, 2009) was an American actor and songwriter, well known as a cast member of Rowan and Martin's Laugh-In and for his recurring role as Judge Clark Brown on Boston Legal.

Gibson was born Henry Gibson Bateman in Germantown, Philadelphia, Pennsylvania, the son of Dorothy (née Cassidy) and Edmund Albert Bateman. He attended Saint Joseph's Preparatory School, where he was President of the Drama Club. Graduating from The Catholic University of America in Washington, D.C., he served in the U.S. Air Force as an intelligence officer. After his discharge, he developed an act in which he portrayed a Southern accented poet. His stage name may have been a play on dramatist Henrik Ibsen, and he often pronounced his name as if it were "Ibsen", particularly when performing as "The Poet".

Gibson's performing career began at the age of seven. He appeared in many stage and theater productions. His career took-off when he performed in the 1963 Jerry Lewis film The Nutty Professor. Gibson also appeared on The Dick Van Dyke Show, reading the poem "Keep A Goin'", which he turned into a song in the movie Nashville. Gibson appeared in four films by Robert Altman: The Long Goodbye (starring Elliott Gould), Nashville (starring Ned Beatty and Keith Carradine), as well as A Perfect Couple and Health. He also appeared in The Incredible Shrinking Woman (starring Lily Tomlin). He was nominated for a Golden Globe Award for Nashville and won the National Society of Film Critics award for his role of country music singer Haven Hamilton.

FULL ARTICLE AT WIKIPEDIA.ORG
This article is licensed under the GNU Free Documentation License.
It uses material from the Wikipedia article "Henry Gibson."
Back to Article
/