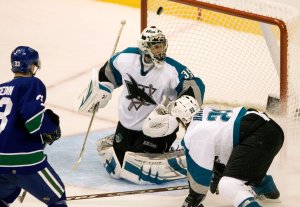 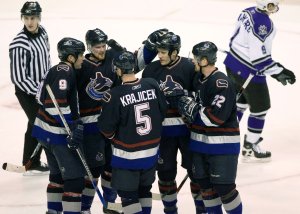 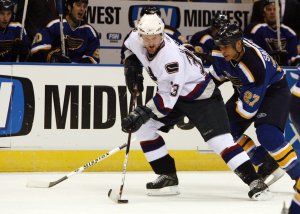 NHL // 2 years ago
Sedins make final appearance as Canucks visit Oilers
They came into the world together. Days removed from being teenagers, they made their NHL debuts together. 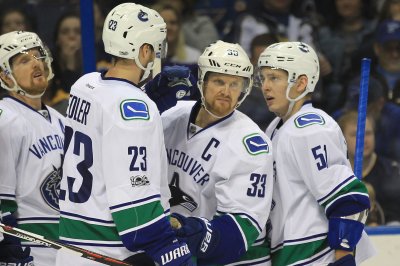 NHL // 3 years ago
Winnipeg Jets edge Vancouver Canucks to keep slim hopes alive
WINNIPEG, Manitoba -- The Jets' roster is battered, and the team's playoff hopes are almost fatally bruised, yet a tight win over the Vancouver Canucks showed that Winnipeg hasn't thrown in the towel yet.

NHL // 3 years ago
Magnus Paajarvi confidently scores twice in St. Louis Blues' victory over Vancouver Canucks
ST. LOUIS -- Magnus Paajarvi spent much of this season playing with the Chicago Wolves in the American Hockey League, and it was while he was there that he felt something start to change in his game -- confidence.

Henrik Sedin (born September 26, 1980) is a Swedish professional ice hockey centre and captain of the Vancouver Canucks of the National Hockey League (NHL). His identical twin brother Daniel also plays for the Canucks. Having played together throughout their careers, the pair are known for their effectiveness playing off one another. Henrik, a skilled passer, is known as the playmaker, while Daniel is known as the goal-scorer.

Henrik began his career in the Swedish Elite League with Modo Hockey in 1997 and was co-recipient, with Daniel, of the 1999 Golden Puck as Swedish player of the year. Selected third overall by the Canucks in the 1999 NHL Entry Draft, Henrik has spent his entire NHL career in Vancouver and has led the team in scoring from the 2007–08 season to 2009–10. In 2009–10, he won the Hart Memorial and Art Ross Trophies as the NHL's most valuable player and leading point-scorer, respectively. He was additionally named to the 2010 NHL First All-Star Team.

Internationally, Henrik has competed for Sweden; he won a gold medal at the 2006 Winter Olympics in Turin, and bronze medals at the 1999 and 2001 World Championships.

FULL ARTICLE AT WIKIPEDIA.ORG
This article is licensed under the GNU Free Documentation License.
It uses material from the Wikipedia article "Henrik Sedin."
Back to Article
/