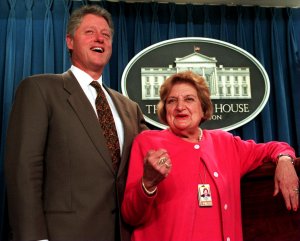 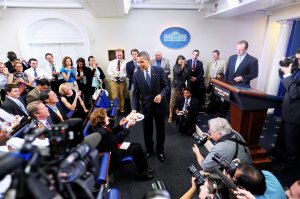 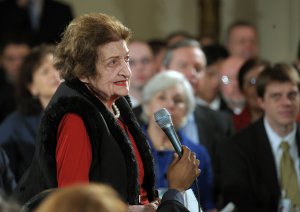 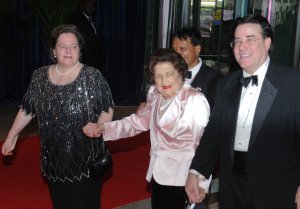 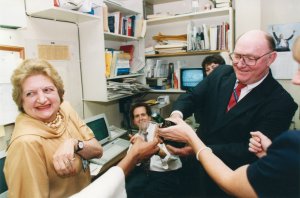 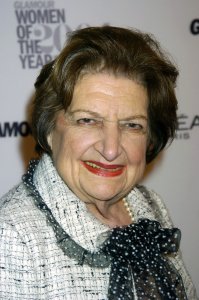 Top News // 6 months ago
The Almanac
On Aug. 4, 1944, acting on a tip from a Dutch informer, the Nazi Gestapo captured 15-year-old Jewish diarist Anne Frank and her family.

Charlotte was a gem; highest integrity in reporting, a true wire service correspondent who covered the courts for years and was meticulous and always right in her interpretation of decisions. She was one in a million

Helen Thomas (born August 4, 1920) is an American author and former news service reporter, member of the White House Press Corps and opinion columnist. She worked for the United Press and post-1958 successor United Press International (UPI) for 57 years, first as a correspondent, and later as White House bureau manager. She was a columnist for Hearst Newspapers from 2000 to 2010, writing on national affairs and the White House. She covered every President of the United States from the last years of the Eisenhower administration until the second year of the Obama administration. She was the first female officer of the National Press Club, the first female member and president of the White House Correspondents' Association, and the first female member of the Gridiron Club. She has written six books; her latest, with co-author Craig Crawford, is Listen Up, Mr. President: Everything You Always Wanted Your President to Know and Do (2009). Thomas, who is of Lebanese Rûm/Melkite descent, retired on June 7, 2010, following comments she made about Israel, Jews and the Israel/Palestinian conflict.

Thomas was born in Winchester, Kentucky, the seventh of the ten children of George and Mary (Rowady) Thomas, immigrants from Tripoli, Lebanon. Thomas has said her father's surname, "Antonious", was anglicized to "Thomas" when he entered the U.S. at Ellis Island, and that her parents could neither read nor write. Thomas was raised mainly in Detroit, Michigan, where her family moved when she was four years old, and where her father ran a grocery store. Of her experience growing up, Thomas has said,

She has also said that in Detroit in the 1920s, she came home crying from school, "They wanted to make you feel you weren't 'American'... We were called 'garlic eaters'". She was raised as a Christian in the Greek Orthodox Church

FULL ARTICLE AT WIKIPEDIA.ORG
This article is licensed under the GNU Free Documentation License.
It uses material from the Wikipedia article "Helen Thomas."
Back to Article
/