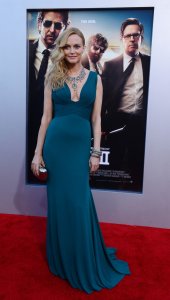 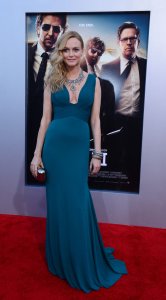 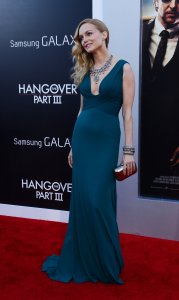 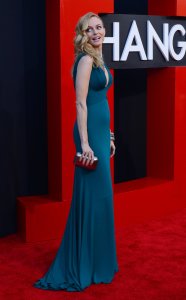 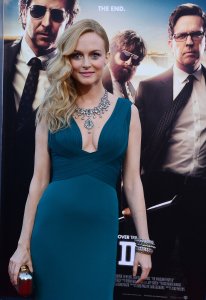 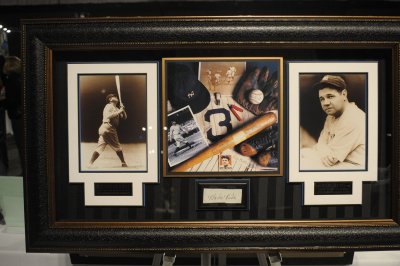 Heather Joan Graham (born January 29, 1970) is an American actress. She has appeared in such films as Austin Powers: the Spy Who Shagged Me, Lost in Space, Bowfinger, From Hell, Anger Management, and The Hangover. She received critical acclaim for her performance in the 1989 film Drugstore Cowboy and for her role as Rollergirl in 1997's Boogie Nights directed by Paul Thomas Anderson.

Heather Graham was born in Milwaukee, Wisconsin, to a family of Irish descent. Her family relocated repeatedly before settling down in Agoura Hills, California when she was nine years old. She is the elder of two children. Her younger sister, Aimee Graham, is also an actress and writer. Their mother, Joan, is a teacher and noted author of children's books. Their father, James Graham, is a retired FBI agent. The girls were raised with traditional Roman Catholic values. She was introduced to acting during a school production of The Wizard of Oz. Graham graduated from Agoura High School in California in 1988.

After high school, Graham enrolled in extension classes of the University of California at Los Angeles (UCLA) and studied English for two years. There she met actor James Woods. They became romantically involved during the time she was cast in the movie Diggstown, where he had landed the starring role. After two years there, Graham withdrew from school at UCLA to pursue acting full time, despite her parents' objections.

FULL ARTICLE AT WIKIPEDIA.ORG
This article is licensed under the GNU Free Documentation License.
It uses material from the Wikipedia article "Heather Graham."
Back to Article
/