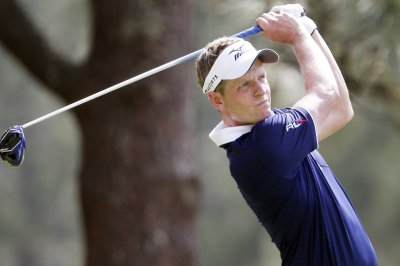 I grew up close to here and had a lot of friends and family out, so it was really special

Slocum was born in Baton Rouge, Louisiana. He attended St. Anthony of Padua Catholic School in Bunkie, Louisiana from 1986 (6th Grade) until 1987 (8th Grade). Slocum learned the game of golf from his father, Jack. He played on the same high school golf team in Milton, Florida as fellow PGA Tour player Boo Weekley, and later attended the University of South Alabama in Mobile, Alabama. While a student there, he earned many amateur golf honors including three-time All-American. He turned professional in 1996.

Slocum began his career on the Nationwide Tour. He was the second person to earn a "battlefield promotion" to the PGA Tour by winning three Nationwide Tour events in the same season, and only the second player in Nationwide Tour history to complete 72 holes without a bogey. In November 1997, Slocum developed ulcerative colitis which caused his weight to drop from 150 pounds to 122 pounds, and left him unable to play for a year and a half. The Crohn's & Colitis Foundation of America named Slocum a national spokesperson, to help raise awareness of ulcerative colitis and Crohn's disease, another inflammatory bowel disease.

FULL ARTICLE AT WIKIPEDIA.ORG
This article is licensed under the GNU Free Documentation License.
It uses material from the Wikipedia article "Heath Slocum."
Back to Article
/