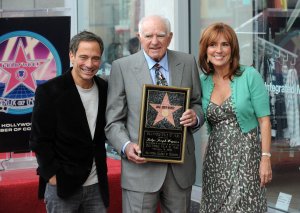 Health News // 5 months ago
Women more prone to long-term harm from concussion, study says
After a concussion, women may be at heightened risk of lasting physical and mental symptoms, a new study finds.

He later worked in various legal roles in the entertainment industry. For years, he was a legal reporter on KCBS-TV, in Los Angeles, where he reported on the O.J. Simpson murder trial. In 1994, Levin almost caused murder charges against Simpson to be tossed out when he presented a video on KCBS-TV that allegedly showed prosecutor Marcia Clark searching Simpson's home before a search warrant was issued. Within days, however, Levin was forced to retract the story and apologize on the air.

FULL ARTICLE AT WIKIPEDIA.ORG
This article is licensed under the GNU Free Documentation License.
It uses material from the Wikipedia article "Harvey Levin."
Back to Article
/