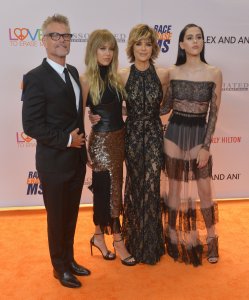 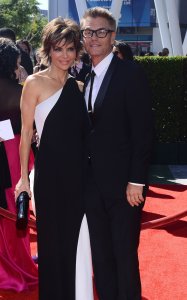 Top News // 4 years ago
The Almanac
On Oct. 30, 1938, Orson Welles triggered some radio listeners to panic with a dramatization of a martian invasion, based on H.G. Wells' "War of the Worlds."

Harry Robinson Hamlin (born October 30, 1951) is an American film and television actor, known for his role as Perseus in the 1981 fantasy film Clash of the Titans, and as Michael Kuzak in the legal drama series L.A. Law.

Hamlin was born in Pasadena, California, the son of Bernice (née Robinson) and Chauncey Jerome Hamlin, Jr., an aeronautical engineer who once worked with scientist Wernher von Braun. As a teenager, he attended Flintridge Preparatory School, near Pasadena, and The Hill School, a private boarding school in Pennsylvania, where he played soccer and lacrosse and acted in the school's musicals and plays. Hamlin attended University of California, Berkeley and is an alumnus of the Theta Zeta chapter of the national fraternity Delta Kappa Epsilon, of which he was President in 1972. Hamlin graduated from Yale University with a BA in Drama and Psychology in 1974. Hamlin then attended the American Conservatory Theatre's Advanced Actor Training Program from which he was subsequently awarded a Master of Fine Arts degree in acting.

Hamlin appeared in the 1976 television production of Taming of the Shrew and also had the title role in the 1979 television mini-series Studs Lonigan. He had a role in Movie Movie with George C. Scott in 1978, but his big-screen break was a starring role in the 1981 Greek mythology fantasy epic Clash of the Titans. Afterwards, his career faltered somewhat with such box office flops such as Making Love (1982) and Blue Skies Again (1983). He returned to television appearing in the mini-series Master of the Game in 1984 and Space (based on the novel by James A. Michener) in 1985.

FULL ARTICLE AT WIKIPEDIA.ORG
This article is licensed under the GNU Free Documentation License.
It uses material from the Wikipedia article "Harry Hamlin."