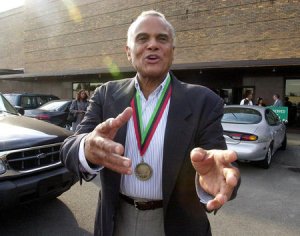 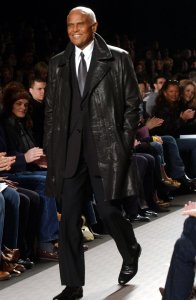 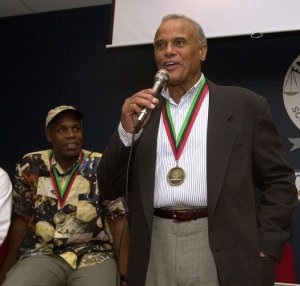 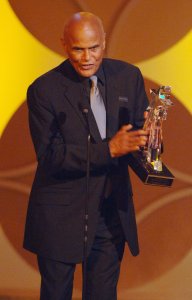 U.S. News // 5 years ago
The song "We Are the World," thirty years later
"We Are the World," a song recorded by an ad hoc super-group of pop stars to aid African fund famine relief, had its 30th anniversary Wednesday.
TV // 6 years ago
Bill Cosby declares Morgan Freeman is waiting for him to die
Bill Cosby says Morgan Freeman is respectfully waiting to portray him in a movie, but often checks in on his heath.
Movies // 6 years ago
Maureen O'Hara, Harry Belafonte to be honored with Governors Awards
Honorary Oscars are to be presented to Jean-Claude Carriere, Hayao Miyazaki and Maureen O'Hara, while Harry Belafonte will receive a humanitarian award.
Entertainment News // 6 years ago
Harry Belafonte reaches deal with Martin Luther King Jr. estate
Harry Belafonte gets to keep three documents given to him by Martin Luther King Jr. and Coretta Scott King in agreement.

Harold George "Harry" Belafonte, Jr. (originally Belafonete; born March 1, 1927) is an American of Jamaican and Martiniquan descent who is a singer, actor, and social activist. He was dubbed the "King of Calypso" – a title which he was very reluctant to accept (according to the documentary Calypso Dreams) – for popularizing the Caribbean musical style with an international audience in the 1950s. Belafonte is perhaps best known for singing the "Banana Boat Song", with its signature lyric "Day-O." Throughout his career, he has been an advocate for civil rights and humanitarian causes, and was a vocal critic of the policies of the George W. Bush Administration.

Born Harold George Belafonte, Jr., at Lying-in Hospital, New York City, New York, Belafonte was the son of Melvine (née Love) – a housekeeper (of Jamaican descent) – and Harold George Belafonete, Sr., a Martiniquan who worked as chef in the Royal Navy. From 1932 to 1940, he lived with his grandmother in her native country of Jamaica. When he returned to New York City he attended George Washington High School after which he joined the Navy and served during World War II. At the end of the 1940s, he took classes in acting at the Dramatic Workshop of The New School in New York with the influential German director Erwin Piscator alongside Marlon Brando, Tony Curtis, Walter Matthau, Bea Arthur, and Sidney Poitier, while performing with the American Negro Theatre. He subsequently received a Tony Award for his participation in the Broadway revue John Murray Anderson's Almanac.

Belafonte started his career in music as a club singer in New York, to pay for his acting classes. The first time he appeared in front of an audience he was backed by the Charlie Parker band, which included Charlie Parker himself, Max Roach, and Miles Davis among others. At first he was a pop singer, launching his recording career on the Roost label in 1949, but later he developed a keen interest in folk music, learning material through the Library of Congress' American folk songs archives. With guitarist and friend Millard Thomas, Belafonte soon made his debut at the legendary jazz club The Village Vanguard. In 1952 he received a contract with RCA Victor.

FULL ARTICLE AT WIKIPEDIA.ORG
This article is licensed under the GNU Free Documentation License.
It uses material from the Wikipedia article "Harry Belafonte."
Back to Article
/