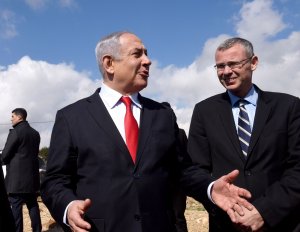 Har Homa (Hebrew: הר חומה‎) (lit Wall Mountain)(officially renamed 'Homat Shmuel') is a neighborhood in southern East Jerusalem, near Beit Sahour. Built on land annexed to the Jerusalem municipality by Israel after the 1967 Six-Day War, it is considered by much of the world an illegal Israeli settlement, although Israel disputes this.

The neighborhood was officially renamed Homat Shmuel in 1998 after Shmuel Meir, a former deputy mayor of Jerusalem, who played an active role in its development before he was killed in a car accident in 1996.

FULL ARTICLE AT WIKIPEDIA.ORG
This article is licensed under the GNU Free Documentation License.
It uses material from the Wikipedia article "Har Homa."