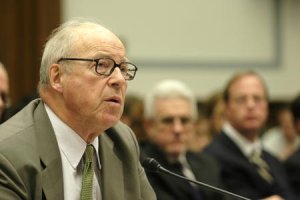 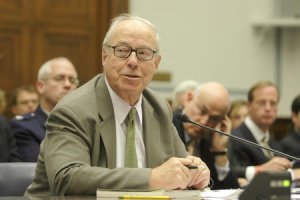 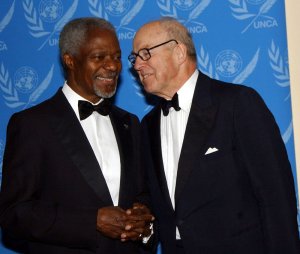 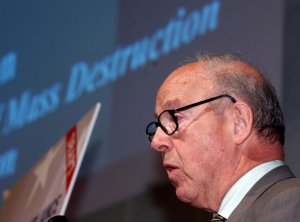 One fear I would have is that the U.S. has a hidden thought to remain in Iraq

One fear I would have is that the U.S. has a hidden thought to remain in Iraq

Far from confirming Tony Blair's reported reading that Saddam 'had every intention of reviving his WMD programs,' the report suggests Saddam gave his officials the impression that he was interested in resuming programs 'if sanctions were lifted,'

Hans Martin Blix (help·info) (born 28 June 1928) is a Swedish diplomat and politician for the Liberal People's Party. He was Swedish Minister for Foreign Affairs (1978–1979). Blix was also the head of the United Nations Monitoring, Verification and Inspection Commission from March 2000 to June 2003, when he was succeeded by Dimitris Perrikos. In 2002, the commission began searching Iraq for weapons of mass destruction, ultimately finding none. In February 2010, the Government of the United Arab Emirates announced that Blix will be the head of an advisory board for its nuclear power program.

Blix was born in Uppsala, Sweden. He is the son of professor Gunnar Blix and Hertha Wiberg and grandson of professor Magnus Blix. He comes from a family of Jamtlandic origin. Blix studied at Uppsala University and Columbia University, earning his Ph.D. from the University of Cambridge (Trinity Hall). In 1959, he became a Juris Doctor in International Law at the University of Uppsala, where he was appointed Associate Professor in International Law the next year.

FULL ARTICLE AT WIKIPEDIA.ORG
This article is licensed under the GNU Free Documentation License.
It uses material from the Wikipedia article "Hans Blix."
Back to Article
/