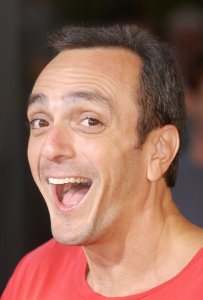 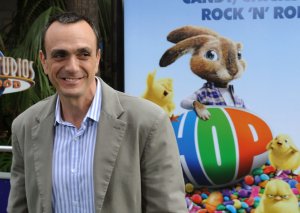 TV // 4 months ago
'The Simpsons': Alex Desert to voice Carl in Season 32 premiere
"The Flash" alum Alex Désert will replace Hank Azaria as the voice of Carl Carlson on "The Simpsons" following criticism of whitewashed casting. 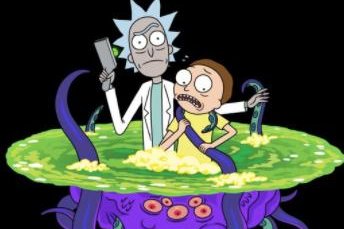 TV // 9 months ago
What to watch next: Sign up for UPI's Streaming newsletter
News to binge on: Subscribe to UPI's daily newsletter on what's streaming and stay up to date on new shows, trailers, lists, interviews with stars and more. 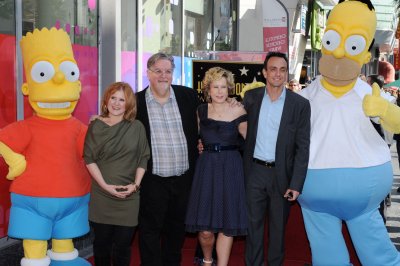 TV // 1 year ago
30 seasons of 'Simpsons' to stream on Disney+
The Walt Disney Company said Disney+ will be the exclusive, streaming home of "The Simpsons," starting this fall. 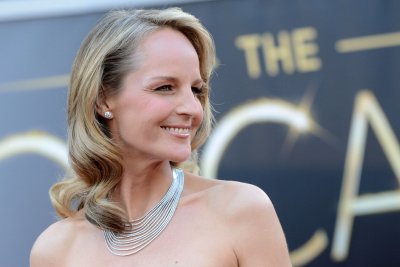 TV // 1 year ago
Helen Hunt, Paul Reiser confirmed for 'Mad About You' revival
"Mad About You" co-stars Paul Reiser and Helen Hunt confirmed Wednesday that they will reprise their roles as Paul and Jamie Buchman in a revival of the sitcom.

Henry Albert "Hank" Azaria ( /əˈzɛəriə/ ə-zair-ee-ə; born April 25, 1964) is an American film, television and stage actor, director, voice actor, and comedian. He is noted for being one of the principal voice actors on the animated television series The Simpsons (1989–present), on which he performs the voices of Moe Szyslak, Apu Nahasapeemapetilon, Chief Wiggum, Comic Book Guy, Carl Carlson and numerous others. Azaria, who attended Tufts University, joined the show with little voice acting experience, but became a regular in its second season. Many of his performances on the show are based on famous actors and characters; Moe's voice, for example, is based on actor Al Pacino.

Alongside his continued voice acting on The Simpsons, Azaria became more widely known through his live-action appearances in films such as The Birdcage (1996), Anastasia (1997) and Godzilla (1998). He has continued to star in numerous films including Mystery Men (1999), America's Sweethearts (2001), Shattered Glass (2003), Along Came Polly (2004), Run Fatboy Run (2007), Night at the Museum: Battle of the Smithsonian (2009) and The Smurfs (2011). He also had recurring roles on the television series Mad About You and Friends and starred in the drama Huff (2004–2006), playing the titular character, as well as appearing in the popular stage musical Spamalot. Originally primarily a comic actor, in recent years Azaria has taken on more dramatic roles including the TV films Tuesdays With Morrie (1999) and Uprising (2001). He has won four Emmys and a Screen Actors Guild Award. Azaria was married to the actress Helen Hunt from 1999 to 2000.

Azaria was born and grew up in Forest Hills, Queens, New York, the son of Sephardic Jewish parents from Thessaloniki, Greece. His father, Albert, ran several dress-manufacturing businesses, while his mother raised him and his two older sisters, Stephanie and Elise. Before marrying his father, Azaria's mother had been a publicist for Columbia Pictures, promoting films in Latin American countries, as she was fluent in both English and Spanish. Both of his parents loved all forms of show business, which spurred him to become an actor. Azaria graduated from The Kew-Forest School in Forest Hills, and later studied drama at Tufts University until 1985, before training at the American Academy of Dramatic Arts. There he met Oliver Platt, with whom he became best friends; Azaria noted that "Oliver was a better actor than I was in college, and he really inspired me." Together the pair starred in various college stage productions including The Merchant of Venice.

FULL ARTICLE AT WIKIPEDIA.ORG
This article is licensed under the GNU Free Documentation License.
It uses material from the Wikipedia article "Hank Azaria."
Back to Article
/