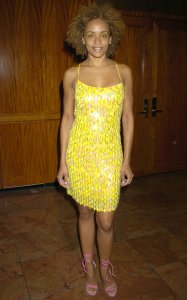 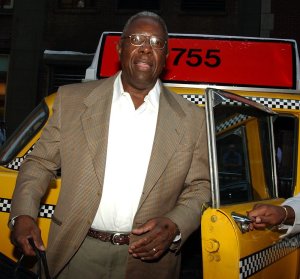 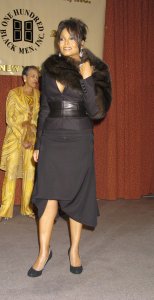 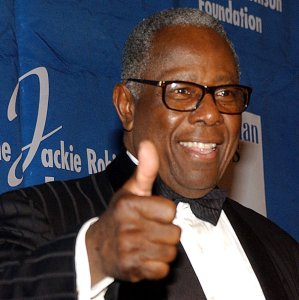 U.S. News // 7 months ago
Funeral for C.T. Vivian held in Atlanta
The family and friends of civil rights icon the Rev. C.T. Vivian laid him to rest Thursday at an Atlanta church, though some participated remotely via video.

MLB // 11 months ago
Alex Bregman: Winning title for Dusty Baker on Astros' minds
Houston Astros second baseman Alex Bregman says the team has "one thing" on its mind this off-season: helping manager Dusty Baker get over the hump to win his first World Series.

Top News // 1 year ago
On This Day: Anne Frank captured by Gestapo
On Aug. 4, 1944, acting on a tip from a Dutch informer, the Nazi Gestapo captured 15-year-old Jewish diarist Anne Frank and her family.

He is trying to simplify some of his business life

Aaron limiting his auto dealerships to one Jan 15, 2007

To this day, I don't know how he withstood the things he did without lashing back

Henry Louis "Hank" Aaron (born February 5, 1934), nicknamed "Hammer," "Hammerin' Hank," and "Bad Henry," is a retired American baseball player whose Major League Baseball (MLB) career spanned the years 1954 through 1976. Aaron is widely considered one of the greatest baseball players of all time. In 1999, editors at The Sporting News ranked Hank Aaron fifth on their list of "Greatest Baseball Players".

After playing with the Indianapolis Clowns of the Negro American League and in the minor leagues, Aaron started his major league career in 1954. In his final season, he was the only remaining and last Negro league baseball player on an active major league roster. He played 21 seasons with the Milwaukee and Atlanta Braves in the National League, and his last two years (1975–76) with the Milwaukee Brewers in the American League.

FULL ARTICLE AT WIKIPEDIA.ORG
This article is licensed under the GNU Free Documentation License.
It uses material from the Wikipedia article "Hank Aaron."
Back to Article
/