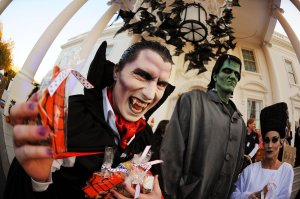 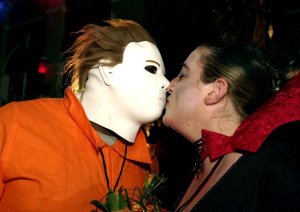 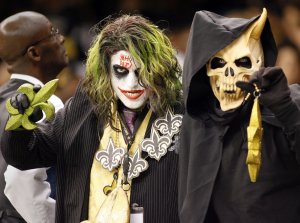 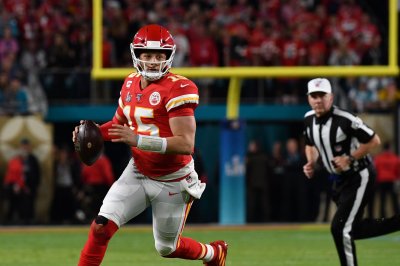 The best of Halloween

The NFL on Halloween

Halloween at the White House

Halloween (or Hallowe'en) is an annual holiday observed on October 31, which commonly includes activities such as trick-or-treating, attending costume parties, carving jack-o'-lanterns, bonfires, apple bobbing, visiting haunted attractions, playing pranks, telling scary stories, and watching horror films. History Historian Nicholas Rogers, exploring the origins of Halloween, notes that while "some folklorists have detected its origins in the Roman feast of Pomona, the goddess of fruits and seeds, or in the festival of the dead called Parentalia, it is more typically linked to the Celtic festival of Samhain, whose original spelling was Samuin (pronounced sow-an or sow-in)".[1] The name of the festival historically kept by the Gaels and Celts in the British Isles is derived from Old Irish and means roughly "summer's end".[1][2][3] According to the Oxford Dictionary of English folk lore: "Certainly Samhain was a time for festive gatherings, and medieval Irish texts and later Irish, Welsh, and Scottish folklore use it as a setting for supernatural encounters, but there is no evidence that it was connected with the dead in pre-Christian times, or that pagan religious ceremonies were held."[4] The Irish myths which mention Samhain were written in the 10th and 11th centuries by Christian monks. This is around 200 years after the Catholic church inaugurated All Saints Day and at least 400 years after Ireland became Christian.[4] Origin of name The word Halloween is first attested in the 16th century and represents a Scottish variant of the fuller All-Hallows-Even ("evening"), that is, the night before All Hallows Day.[5] Although the phrase All Hallows is found in Old English (ealra hālgena mæssedæg, mass-day of all saints), All-Hallows-Even is itself not attested until 1556.[5]

FULL ARTICLE AT WIKIPEDIA.ORG
This article is licensed under the GNU Free Documentation License.
It uses material from the Wikipedia article "Halloween ."
Back to Article
/