Sports News // 4 days ago
U.S. Open golf 2020: Tee times, how to watch, betting favorites
Golfers are at Winged Foot Golf Club and ready to begin play in this week's U.S. Open from Thursday through Sunday in Mamaroneck, N.Y.

Golf // 4 years ago
2016 U.S. Open: Pennsylvania's rich golf heritage a major focus
When you think of great golf in the US, the areas that come to mind are California, Florida and Texas. 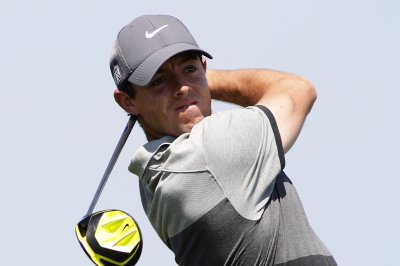 I guess I improved the position some, but it's kind of hard to play in the dark

I'm not unhappy with the score, but when you get off to a good start and then make only two more birdies, you're a little disappointed

If I can hit the ball tomorrow like I did today, I'll be happy

At this point in the year, players have settled into the type of year they are going to have

I had a lot of opportunities today, especially on the first six holes

Hale S. Irwin (born June 3, 1945) is an American professional golfer. He is one of the few players in history to have won three U.S. Opens and was one of the world's leading golfers for much of the 1970s and 1980s. He has also developed a career as a golf course architect.

Irwin was born in Joplin, Missouri, but was raised in Baxter Springs, Kansas. He graduated from the University of Colorado at Boulder in 1967, where he was a two-time All-Big Eight defensive back, as well as an academic All-American in football. He won the individual NCAA Division I Championship in golf in 1967 and turned professional the following year.

Irwin had 20 victories on the PGA Tour beginning with the 1971 Sea Pines Heritage Classic and finishing with the 1994 MCI Heritage Golf Classic, and won prize money of just under six million dollars. His 1994 Heritage win at the age of nearly 49 made him one of the oldest winners in Tour history. He also won two Piccadilly World Match Play Championships at Wentworth in the 1970s. His successes kept him ranked high among his peers - he was ranked among the top five in McCormack's World Golf Rankings in every year from 1975 to 1979, inclusive. He ranked in the top-10 of the Official World Golf Rankings for a few weeks in 1991.

FULL ARTICLE AT WIKIPEDIA.ORG
This article is licensed under the GNU Free Documentation License.
It uses material from the Wikipedia article "Hale Irwin."
Back to Article
/