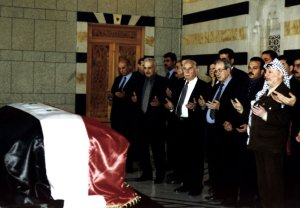 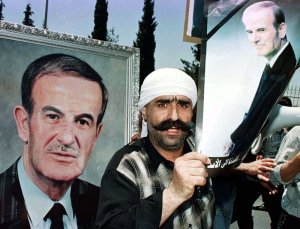 Opinion // 3 years ago
U.S. has intervened in Syria, but not in the way you think
The United States intervened militarily in Syria under the premise of the "war on terror," but its presence is actually helping the Syrian government.

Hafez al-Assad (Arabic: حافظ الأسد‎ Ḥāfiẓ al-Asad, 6 October 1930 – 10 June 2000) was the President of Syria for three decades. Assad's rule was praised for consolidating the power of the central government after decades of coups and counter-coups, such as Operation Wappen in 1957 conducted by the Eisenhower administration and preceding covert failures, and continued foreign meddling thereafter. His rule brought modern changes, including the 1973 constitution which guaranteed women's equal status in society. Economic reforms industrialized the country and it was opened up to foreign markets. He invested in infrastructure, education, medicine, and urban construction, contributing to the creation of a broad middle class. Literacy was drastically increased and economic booms experienced.

He also drew criticism for repressing of his own people, in particular for ordering the Hama massacre of 1982, which has been described as "the single deadliest act by any Arab government against its own people in the modern Middle East". Human Rights groups have detailed thousands of extra-judicial executions he committed against opponents of his regime.

He was succeeded by his son, current president Bashar al-Assad, in 2000.

FULL ARTICLE AT WIKIPEDIA.ORG
This article is licensed under the GNU Free Documentation License.
It uses material from the Wikipedia article "Hafez al-Assad."
Back to Article
/