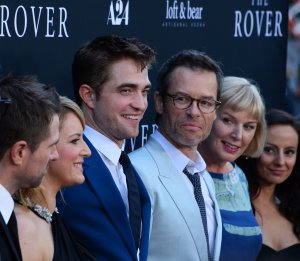 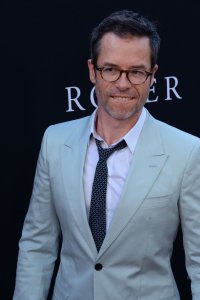 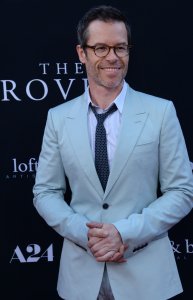 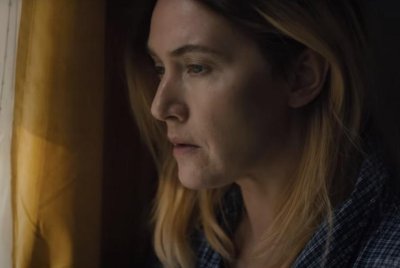 TV // 2 months ago
'In Treatment' Season 4, starring Uzo Aduba, to premiere in May
"In Treatment" will return to HBO with new star Uzo Aduba after more than 10 years off the air.

Movies // 1 year ago
Vin Diesel is a supe-powered solider in first 'Bloodshot' trailer
Vin Diesel is a solider brought back to life in the first trailer for Sony's adaptation of comic book series, "Bloodshot."

It is a lot easier for me to express through music than any other way, so I guess I kind of understood that. Here's this character who found it difficult to communicate. He isn't very articulate and yet he gets on stage and ... playing music, he gets to express himself

When you start to go for costume fittings and this, that and the other ... all the pieces start coming together, for me anyway, for who the character is and, obviously, one of the big steps was deciding which songs to use and then how they would sound because in creating the sound of those songs that told me exactly who he is

It got kind of held up in a political bind

Guy Edward Pearce (born 5 October 1967) is an English-born Australian actor and musician, known for his roles as Leonard Shelby in Christopher Nolan's Memento, Lieutenant Ed Exley in the film L.A. Confidential, a drag queen in the cult film The Adventures of Priscilla, Queen of the Desert, Mike Young in the popular Australian television series Neighbours and King Edward VIII ("David") in the 2010 Best Picture Oscar winner The King's Speech.

Pearce was born in Ely, Cambridgeshire. His mother, Anne Cocking (née Pickering), was a County Durham-born schoolteacher specialising in needlework and home economics, and his father, Stuart Pearce, was a New Zealand-born air force test pilot who died when Pearce was nine. When he was three years old, Pearce moved to Geelong, Australia, where his mother ran a deer farm. He attended The Geelong College, a local private school, and was a member of the GSODA Junior Players. From ages 15 to 22, he was a competitive amateur bodybuilder, leading to the title of Junior Mr. Victoria. He also partook in fencing. He lived in Box Hill North, Victoria in the late 1980s while working on the Australian drama series Neighbours.

Pearce starred in several theatre productions when he was young, and graduated to television when he was cast in the Australian soap opera Neighbours in 1985, playing the role of Mike Young for several years. Pearce also found roles in other television series such as Home and Away (1988) and Snowy River: The McGregor Saga (1993).

FULL ARTICLE AT WIKIPEDIA.ORG
This article is licensed under the GNU Free Documentation License.
It uses material from the Wikipedia article "Guy Pearce."
Back to Article
/