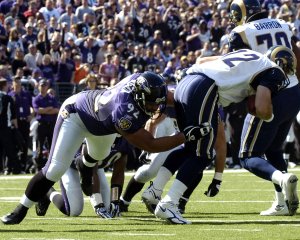 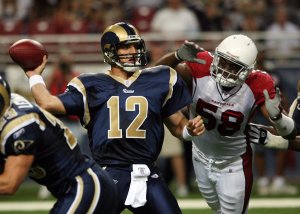 Gustave Joseph "Gus" Frerotte (pronounced /fur-RAHT/) (born July 31, 1971 in Kittanning, Pennsylvania) is an American football quarterback who is currently a free agent. He was originally drafted by the Washington Redskins in the seventh round of the 1994 NFL Draft. He played college football at Tulsa.

Frerotte, who was selected to the Pro Bowl while with the Redskins in 1996, has also played for the Detroit Lions, Denver Broncos, Cincinnati Bengals, Miami Dolphins, Minnesota Vikings, St. Louis Rams and Minnesota Vikings again, totaling seven different teams.

FULL ARTICLE AT WIKIPEDIA.ORG
This article is licensed under the GNU Free Documentation License.
It uses material from the Wikipedia article "Gus Frerotte."
Back to Article
/