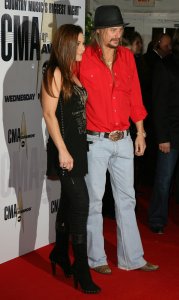 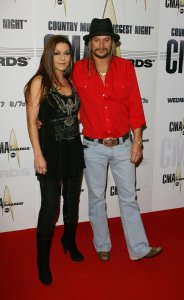 I don't want to be the dummy that says, 'I don't know how to do that,

It's something that I should have done a long time ago and now I can file it away, you know

More than anything else, I wanted to write this book just to be able to connect on a different level with my fans

Gretchen Frances Wilson (born June 26, 1973 in Pocahontas, Illinois) is an American country music artist. She made her debut in 2004 with the Grammy Award-winning single "Redneck Woman," a number-one hit on the Billboard country charts. The song served as the lead-off single of her debut album, Here for the Party. Wilson followed this album one year later with All Jacked Up, the title track of which became the highest-debuting single for a female country artist upon its 2005 release. A third album, One of the Boys, was released in 2007.

Overall, Wilson has charted thirteen singles on the Billboard country charts, of which five have reached Top Ten: the Number One "Redneck Woman", as well as "Here for the Party" (#3, 2004), "When I Think About Cheatin'" (#4, 2004), "Homewrecker" (#2, 2005), and "All Jacked Up" (#8, 2005). The album Here for the Party was certified 5× Multi-Platinum by the RIAA for sales of five million copies, while All Jacked Up was certified platinum and One of the Boys certified gold.

Gretchen Wilson was born in Pocahontas, Illinois to a 16-year-old mother. Her father left before she was two years old, and she and her mother lived in trailer parks and relative poverty. Gretchen's mother worked as a waitress, and Wilson herself dropped out of the 9th grade at age 15 to work as a cook and bartender in rural Illinois.

FULL ARTICLE AT WIKIPEDIA.ORG
This article is licensed under the GNU Free Documentation License.
It uses material from the Wikipedia article "Gretchen Wilson."